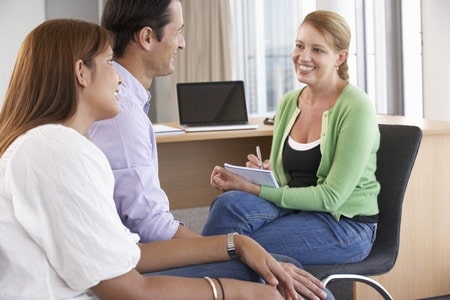 Recently, I wrote about the value of listening carefully to our coaching clients and simply asking them to be more specific and concrete as they talk about their strengths, aspirations, and action plans. But, of course, we can’t just keep asking our clients to be more and more specific forever. And luckily, we don’t have to. There are many other types of valuable coaching questions. Two types that I’d like to talk about today are asking for positive examples and asking for exceptions.

Both are grounded in David Cooperrider’s work on Appreciative Inquiry, a process of exploring what is working and finding ways to build on it. For example, if a client is searching for a new career, we can ask about their best jobs and their proudest accomplishments. If a client is afraid of failure, we can ask about a time they tried something despite the chance that they might fail, and what they learned from the experience. Reflecting on these experiences can lead to new insights, greater self-efficacy, and previously unseen ways to get unstuck and begin to move forward.

Ask for Positive Examples
I recently worked with a couple who run a small business together. They came for coaching because, while their business was growing, their marriage was strained. They love and respect each other, but their daily interactions had become mostly negative, and they were worried about their future together.

The research is clear that all relationships have conflict, and that couples in healthy relationships are able cope effectively with that conflict in part because it occurs in the context of mostly positive interactions. In short, couples need to make sure that they are having a lot more positive interactions than negative ones, so they have a strong base from which to deal constructively with the inevitable conflicts.

So after listening to my clients tell me about their struggle, I asked questions designed to help them focus on what they love and value about each other. For example: What do you love about your spouse? What do you admire? What does your spouse bring to the business? What do you like about working together?

After they shared some of their positive feelings about each other, I asked them to each write down five ways they might express those positive feelings in the coming week—and to commit to doing so. We kept our focus here for a few weeks; then, once they began to develop a habit of noticing and expressing what they appreciated about each other, we were able to address some of their conflict areas in healthy ways.

Ask for Exceptions
Sometimes our clients are so stuck in their troubles and frustrations that they feel doomed to live with them forever. They can have a very hard time even imagining what a better future would look like, let alone figuring out how to take steps in that direction.

In these cases, it can be very helpful to ask for exceptions. In other words, we ask our clients to describe times or situations in which the seemingly intractable problem they’re struggling with isn’t an issue, or is less severe.

I’m working with a client now who has very difficult working relationships with her peers. When she described the situation to me, her focus was entirely on her peers’ behavior toward her. She seemed to have very little awareness of how her own behavior might have been contributing to the difficulties.

So I asked her if she could tell me about a relationship in which she didn’t have this problem, or in which it was less severe. She was immediately able to tell me about her very productive relationships with her clients. Then I asked her to come up with a list of words that describe her behavior toward her clients. Finally, I asked whether that behavior was in any way different than her behavior toward her peers.

I’m glad to say that, by looking at it this way, my client was able to see some important differences in how she acted toward her clients versus how she acted toward her peers, which gave her the beginning of a path out of the place where she was so stuck. In describing a situation that was working well, she saw her own actions more clearly and also found an example of a more productive way to behave. That example was both empowering and useful, because it came from her own positive relationships with her clients.

Interested in Learning More?
Would you like to hone your ability to listen deeply and ask helpful coaching questions? Perhaps you’ll consider joining me for WBI’s Positive Psychology Coaching course this fall. Through a combination of live lectures, demonstrations, readings, class discussions, and peer coaching, we work together on skills such as structuring effective coaching sessions, promoting a growth mindset, coaching for self-compassion, practicing solutions-focused coaching, and using a six-step process for helping to bring about positive change over the course of coaching relationships. If that sounds like an experience you’d like to share, I hope you’ll find out more and consider joining us for this fall’s live online class.

If you missed Part One of this two-part series, you can read it here!

Lynda Wallace is one of the country’s most highly sought-after coaches, with a thriving practice based in Montclair, New Jersey. She also created and teaches the Positive Psychology Coach training program at WBI. Lynda holds an MBA from the Wharton School and spent 20 years with Johnson & Johnson, where she ran a billion-dollar global business before deciding to become a full-time Positive Psychology coach—a decision she’s grateful for every single day. Find out more.