No Willpower Needed: From Rituals to Lifestyle Change 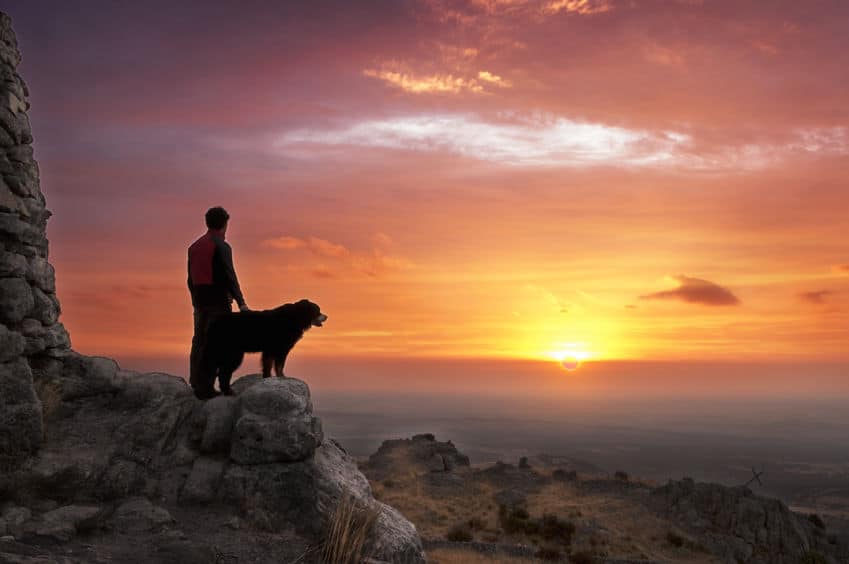 Discipline is like patriotism—in theory, we may all be for it, but each of us can have vastly different interpretations of what it actually is. Is patriotism guarding the flag to reflect the beauty of our freedom, or burning it in protest to reflect the very same thing?

Likewise, to some, discipline is a value—the moral fiber to refrain from what’s bad. To others, it’s behavior—the fortitude to push through resistance or complacency in search of a higher goal.

Several years ago, when I was a new father trying to figure out how to raise a young family, I fell into a job with perfect timing. I became an editor of parenting books and discovered with great relief another definition: Discipline is teaching. I loved this one, since I thought it reflected better on my self-image. I could see myself much more clearly as a teacher than as a disciplinarian.

I thought I had a fair amount of self-discipline, at least in certain things, like working hard, meeting deadlines, training for sports, and being vigilant in the protection of my children.

Yet when it became necessary to impose discipline on my kids, that was something else entirely. It seemed a little arbitrary and self-serving. I mean, wasn’t the real reason I wanted my daughters to behave properly as much for my sake as theirs?

Like people who shy away from excessive displays of patriotic symbols because of the injustices that have been perpetrated in the name of the flag, I hesitated. I was happy to teach, but did not want to be the kind of dad who tried to impose his will at every opportunity. It was their childhood, not mine.

When I enrolled in CiPP, the course teachings took me one step further and I found an even better definition of discipline: overrated.

The basic idea here is that, at our age, we each have a certain amount of self-discipline. And no matter how many vows we might make to develop more, in order to meet some new goal in our life, there’s only so much to go around. (This may explain why in those other areas of my life, like late-night eating and social media, I have been unable to demonstrate the discipline to do what I know is best for me.)

Despite every good intention, if we set goals that require self-discipline levels that we are unable to sustain, we are setting ourselves up for disappointment and aggravation.

Rest assured, there’s a better way to raise ourselves up to new heights without relying on miraculously finding new caches of discipline—through ritual.

Ritual is yet another word that can strike us in different ways. I recently had a session with a shamanic healer who shared with me his understanding of the power of rituals to help transform the parts of us that defy logic and language.

The rituals that he uses in his work are experiences of sound and symbolism that he, and the ancestors who passed along their knowledge to him, believe can move us into new realms without prolonged analysis or painful acts of discipline. His teaching is that the rituals he performs can move us in ways we could not consciously move ourselves alone.

While that’s not the kind of ritual that we became familiar with through CiPP, it draws on a similar concept—that sometimes it is better to think less and act more.

When we can translate a goal into a series of acts that can be performed regularly and routinely, we grow around those tasks in the direction we want to go. It is no longer a constant struggle; it becomes a way of life.

The classic example is that most of us don’t have to wrestle every day to summon the discipline to brush our teeth. We simply do it by rote (or mindfully) in pursuit of our goal of good health and hygiene. And we’ve been doing it that way for years and years. Every morning. Every evening. Not a struggle at all.

When it’s something new we are looking to add to our lives, we can find success with a similar approach. With transformation in mind, we can see the benefit of performing some kind of small behavior every day for 30 days. Yes, it might take an ounce of discipline to get ourselves started—but it can deliver pounds of results.

Each small step we take can build and build to a crescendo of action that becomes effortless (like the magical footage at 2:32 of this video).

With daily repetition, tiny actions quickly move from discipline to ritual. And from ritual to habit. And from habit to lifestyle. At that point, when this new skill has become part of your lifestyle, it’s suddenly more challenging to stop doing something than to continue it. (Imagine if I told you to stop brushing your teeth for 30 days!)

In fact, when I began to look at it this way, I realized that it wasn’t that I lacked the discipline to refrain from late-night eating and Facebook hovering, it’s that these actions had inadvertently become rituals in my life. I didn’t need more discipline, I needed new rituals.

The rituals we adopt become the girders on which we build our life, even when it feels like we’re being dragged around by the fleeting ebbs and flows of emotions and fatigue.

Fall is my favorite time of year to launch new initiatives in my life (less pressure than New Year’s resolutions). It’s a perfect time to challenge myself to do a 30-Day Practice, to do the little things it takes to move my life forward.

Any ideas? If you’d like to share your experience with a 30-day challenge, or want to round up some company for one that you would like to start soon, feel free to comment below.