It’s a New Year Every Day 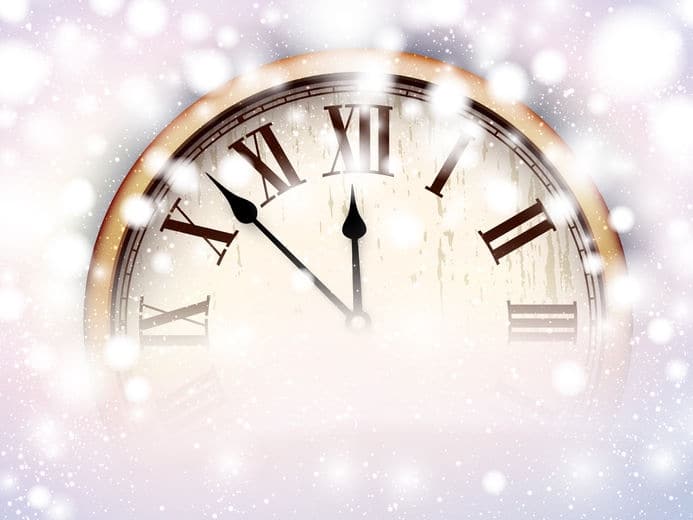 According to best-selling author Seth Godin, if you’re not in the habit of reading a newspaper by the time you turn 30, chances are you’ll never acquire the habit. The death spiral of the newspaper industry is attributed to this fact; the younger generation hasn’t developed the ritual of daily newspaper reading. We can see this truth in our own experience. Many times ingrained patterns become fixed in our lives very early on. Breaking these habits or starting a new one takes effort, as anyone who has made a New Year’s resolution can attest to.

The energy brought about by a New Year’s resolution is false. We fool ourselves into thinking that the New Year is a clean slate; time to start anew. The idea that New Year’s Day has some special magic for turning over a new leaf is based on a cultural belief that January 1 is a new beginning.

In yoga philosophy, time is simply the sequence of each moment, which is forever new. This now that you’re in is new. So is this now. And this. And this. On and on, each moment is a New Year. What we fail to recognize is that every day, every moment, is a New Year. It’s never too late to start reading the paper, or to live your values.

Some people tend to berate themselves when they can’t stick to a New Year’s resolution, as if their willpower is somehow lacking and that it has nothing at all to do with circumstances. Others tend to do the opposite, placing the blame on circumstances rather than on willpower. The ability to consistently live espoused values is a combination of commitment, circumstance, and cultivation.

You’re not an island. You’re part of a complex system of interrelated influences. Therefore, making a decision to be a certain way is strongly affected by the context in which you find yourself. A given outcome is not affected solely by your actions. It’s a combined result of everybody who’s even remotely connected to the situation. Your environment and your response to that environment co-create the moment you’re in now, and the future that is yet to come.

This interconnectedness is evident in something as simple as drinking a glass of water. Bringing a glass to your lips, think about the history of the water within. At one time molecules from this same water were in the sky as moisture, perhaps from a time long ago. They came together in a cloud and rained down to earth. Seeping through the soil, the water was absorbed by the roots of a tree. The water went through the tree and was used to produce fruit, and eaten by a person. The water traveled through the body, and came out as sweat through the skin. Returning to the atmosphere, the cycle starts all over again. When you drink a glass of water, you do more than simply rehydrate. The history of every molecule of water becomes part of you.

So, just do the best you can, and know that the outcome of your intentions—in the New Year’s or anytime—won’t look exactly as you planned. Be patient. Keep at it. Eventually you’ll have more control over the circumstances than they have over you.