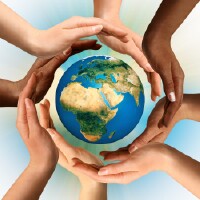 No woman likes to get a Pap smear. We do it because it can save our life by diagnosing cervical cancer early. That early diagnosis can be the difference between curable cancer and terminal cancer.

A doctor in New York City developed the Pap smear back in the 1950’s. At that time 20,000 women per year were diagnosed with cervical cancer and this test would make a tremendous impact through early detection, which meant less sterilization of women (complete hysterectomy is the treatment protocol) and fewer deaths.

You would think that this major discovery would spread like wildfire through the medical community. It didn’t. In fact, the idea caught on about as fast as trying to light wet wood on fire.

Even though the Pap smear was effective for early diagnosis, it would be 20 years before ordering it became standard medical practice. During the 1970’s—yes, 20 years after its introduction—there was a major campaign to educate physicians, insurance carriers, and women about the benefits of having a Pap smear. Now, as any woman who goes to the doctor can attest, the procedure is commonplace.

One would think that such a helpful innovation would sell itself, and the obvious benefits would be widely realized and utilized. That’s rarely the case.

Every innovation—from the development of the Pap smear to the introduction of positive psychology and the concept of whole-person well-being—followed a similar path before being accepted. That path to acceptance is what they all have in common. Like a teenager moving into a new neighborhood hoping to be accepted, knowing how acceptance unfolds can be tremendously helpful when trying to make an impact.

Step One: Learn
Awareness of an idea usually grows first through national exposure and national opinion leaders that capture attention.

Martin Seligman garnered that national attention for positive psychology when, as a newly elected APA president in 1996, he chose it as a central theme of his term, striving to usher in a new era of psychology that focused on flourishing.

In this first step, what is changing in the minds of the consumer is information. There’s no change in actions, no change in beliefs. The first thing that happens when someone is introduced to an innovation is learning.

Step Two: Agree
Just learning about an innovation doesn’t accomplish much, other than providing some trivial information that may be lost forever in the brain vault. To be of use, that information has to create a personal connection. It has to stick. Which brings us to the second step to make ideas catch: agree. It is not until a belief changes that people begin to mobilize efforts.

Step one is passive; we are just like a sponge soaking up what information is presented. But during the process of agreeing, we are actively engaged in decision-making. This is a necessary stage before action is taken. Otherwise, learning is purely intellectual.

Seligman convened a series of annual meetings in Akumal, Mexico with scholars and researchers who could inform the new development. These early adopters of Positive Psychology are well-known thought-leaders—such as Ed Diener, Chris Peterson, and Mihaly Csikszentmihalyi. In her book The How of Happiness, Sonja Lyubomirsky shares the impact of her experience at the 2001 meeting, writing, “Several conversations that I had in Akumal ended up transforming the shape and direction of my work. One of those conversations was with fellow professors Ken Sheldon and David Schkade.”

The connections of these early adopters are extremely important for future growth. It sets the stage for a larger engagement, without which new growth can wither and die. For positive psychology, it was in Akumal that the early adopters connected, strengthening beliefs and creating action.

This second step is where things get personal. Rather than an abstract concept (positive psychology helps people flourish emotionally), the information is meaningful specifically to that individual (my research can shift in a new direction).

Step two’s main theme is “What’s in it for me?” Lyubomirsky tells how and why she changed direction in her research, writing, “Ken, David, and I were skeptical of the conclusion that lasting happiness was impossible and determined to prove that it was wide off the mark. The result of our discussions over the next few years was a discovery about the causes of well-being.” Students of Positive Psychology are well acquainted with the outcome—this is the famed pie chart of 10-40-50 percentages that determine happiness.

Step Three: Try It
In this step, we move away from learning and believing, which is all accomplished internally, into action—the outward step that we can see, feel, and evaluate. What’s changing is behavior, and it’s very powerful.

For Positive Psychology, I like to think that Wholebeing Institute is playing a major role in the “try it” step through easy access to online learning, a certificate course that is open to all personally and professionally, is affordable for a large number of people, and includes transformative content and a cohesive, active alumni working in the world.

In fact, the “try it” step shows up in any Positive Psychology training course from UPenn’s Masters in Positive Psychology program to a shorter, local course that encourages behavior changes. As graduates go out and implement the Positive Psychology tools in their own life, and teach these skills explicitly or implicitly to others, more people try the interventions, thereby creating a ripple affect.

Step Four: Integrate It
There is no guarantee that once people try something they will stick with it. That fact points to the last step in adopting change: the need to integrate the practice on an ongoing basis.

In this stage, people move from trying to commitment. The process can be riddled with starts and stops before full-fledged adoption. When it is firmly rooted, the practice becomes a habit.

In Wholebeing Institute’s Certificate in Positive Psychology program, we have a number of interventions to help students integrate the change—from 30-day challenges, to a final project that serves the work forward, to peer, faculty and alumni support.

Because at the end of the course, we want these same people who have made a habit of positive change to go back to the beginning and help others learn, agree, try, and eventually integrate the tools of positive psychology for positive change.

Whether you are teaching a course in Positive Psychology, or are applying the positive psychology tools personally or professionally, understanding how ideas spread both into your own life and out into the world can help you, as Gandhi so elegantly said, be the change you want to see.

Megan McDonough is CEO of Wholebeing Institute, an educational organization co-founded with Dr. Tal Ben-Shahar. WBI is committed to spreading ideas and practices that can help individuals and groups live life to its fullest. Click here for a course listing.