How Changing Our Stories Can Change Our World 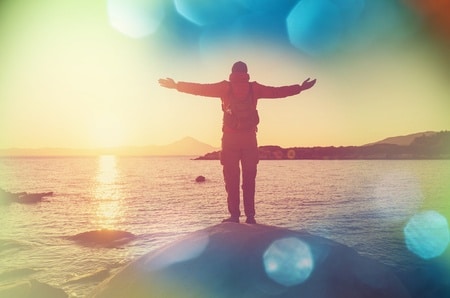 The question isn’t as casual as it seems. The answer has real implications for everything from teen pregnancy and drug use to parenting, college grades, and closing the achievement gap. We all have stories, whether they’re empowering or self-defeating. Stories are the way we make sense of the world.

In Redirect: Changing the Stories We Live By, our next WBI Book Discussion Group selection, University of Virginia (UVA) professor Timothy D. Wilson posits that changing our personal narratives can change how we live and how we think—from the way we rebound (or not) when stressful events happen to us, to our performance at school, to how we view colleagues of a different race.

How do we change our stories? We start by changing our behavior. The way we act informs the stories we create about ourselves. Psychologists call this “self-perception theory.” We form judgments about ourselves the same way we form judgments about other people: by observing our behavior. This helps to explain why teens who do volunteer work have lower rates of teen pregnancy. According to Wilson, teen volunteerism “can lead to a beneficial change in how they view themselves, fostering the sense that they are valuable members of the community who have a stake in the future, thereby reducing the likelihood that they engage in risky behaviors, including unprotected sex.”

Changing our stories has a bigger effect on our well-being than how much money we make, what kind of car we drive, or how hot our partner is. (There are exceptions: If we don’t have enough money to feed ourselves or our families, don’t have a safe place to live, or live under an oppressive regime, then these factors affect our levels of well-being tremendously. But once our basic needs for food, shelter, and safety are met, material possessions have little effect on our happiness.)

Interestingly, Wilson shows how many interventions that seem like common sense are not just ineffective but actually harmful. In the Cambridge-Somerville study, well-meaning researchers brought boatloads of positive interventions, such as recreational services and family guidance, to some 300 underprivileged boys, only to find that, 30 years later, men who were part of the treatment programs (as opposed to a control group) were more likely to die at a young age, show signs of alcoholism, have committed repeat crimes, and have serious mental illnesses. In the Restoring Inner City Peace (RIP) program in Oakland, California, at-risk kids visited jails, cemeteries, and funeral homes to “scare them straight.” Instead, participants in RIP committed more crimes—13 percent more on average. In both these situations, kids were brought together and labeled as potential delinquents (if they were “good kids” they wouldn’t need all these interventions). Unfortunately, this label became a self-fulfilling prophecy for many of them.

Programs such as Big Brothers Big Sisters of America, which match at-risk kids with mentors rather than grouping at-risk kids together, are more effective. A study done by an independent research firm found that, after 18 months, mentored kids did better in school, had better relationships with their parents, were less likely to have started using drugs or alcohol, and were less likely to have hit someone than kids in the control group.

Wilson also offers story-editing approaches for closing the achievement gap. In a study done at the University of Oklahoma, merely labeling a test as an “IQ test,” “a measure of observation and clear thinking,” or a “series of puzzles” affected how well black and white students performed. When the phrase “IQ test” was used, white students outperformed their black peers; when the test was called “a measure of observation and clear thinking,” the disparity between white and black students’ scores decreased; and when it was called “a series of puzzles,” black students slightly outperformed white students.

Word choice matters a great deal. Psychologist Claude Steele calls this phenomenon “stereotype threat”—research has consistently shown that when people fear they are in danger of confirming a negative stereotype, their performance declines. According to Wilson, “Their worry about confirming the stereotype uses up mental resources and triggers anxiety, which makes it harder to concentrate on the test.”

So how can we use story-editing as a tool for positive change—for example, to decrease racial prejudice? Wilson’s research found that whites overestimate “how awkward and negative an interaction with a black person will be.” So he and Robyn Mallett designed a study in which white freshman at UVA were shown a video of two students who became friends. Group A saw a video in which both students were white; Group B saw a video in which one student was white and one black. The result? Students in Group B had more non-white UVA Facebook friends than Group A.

Wilson does not tout story-editing as the way to end problems like racial prejudice, teen pregnancy, and drug abuse, but he notes that it has been shown to be effective, often much more effective than more popular, more expensive interventions. He offers story-editing as part of the solution, and calls for other interventions to be rigorously tested before being rolled out en masse. He urges policymakers to ask “But, does it work?” before interventions are implemented.

That’s the question we’ll explore at our next virtual WBI Book Discussion meeting. Join us on Monday, November 2, at 7:30 pm EST for a lively discussion of Redirect, by Timothy B. Wilson or join our online discussion here.

Mina Simhai earned her Certificate in Positive Psychology from the Wholebeing Institute, and currently serves as a teaching assistant for CiPP4. She is a recovering lawyer turned yoga teacher and mother. Her latest project is bringing the tools of positive psychology to lawyers and others in the DC area and across the country. Her top strengths are judgment, love of learning, curiosity, love, and appreciation of beauty. Mina is an avid reader and looks forward to launching the WBI Book Club with you.