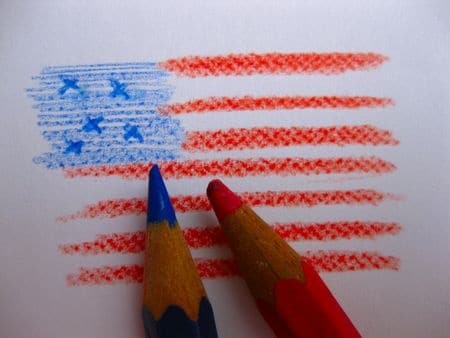 I love my country and the self-reliant, can-do attitude it was built upon. As we head out for fireworks, barbeques, and parades to celebrate this Fourth of July holiday, it’s fitting to acknowledge that independence has an inherent dependence–without one, the other would not arise. In other words, there are people and circumstances whose contribution we rely on for freedom.

We have the right to vote, to speak our minds, and to practice the religion of our choosing because of our dependence on people who are willing to fight for that right.

We have a roof over our heads and food on the table because of our reliance on people who buy what we have (whether we’re selling a product or providing skills to an employer), allowing us to pay the bills.

We breathe under our own power because we are given oxygen from the plants, an atmosphere held together by the earth, and effort by the lungs to move air in and out.

There isn’t one thing I can think of on this holiday celebrating independence that is not dependent on something else.

In her book Positive Psychology in a Nutshell, author Dr. Ilona Boniwell from the University of East London writes:

I’m a self-reliant enthusiast, wanting to have as little dependence on others as possible–sometimes to my own detriment and peace of mind. Perhaps it’s a bit of good ole’ Yankee stubbornness we’re known for here in the Northeast. In fact, one study shows that of all the regions in the United States, the Mid-Atlantic and Northeast ranks highest in the temperamental and uninhibited profile, which is marked by the personality trait of high neuroticism!

No matter what region of the United States you reside in, one way to celebrate this holiday is to notice how free you are in this very moment, then to also notice what that freedom is indebted to. As with most things in life, there’s complexity in the simple notion of “I’m free.” There’s an interconnected web in the system of wholeness that can give either the sense of separateness, or, looking deeper and broader, a sense of dependency. Appreciating both the simple (I am independent) and the complex (I am needful) means embracing paradox. With that one sentence, we live a contradiction. As Walt Whitman writes, “Do I contradict myself? Very well, then I contradict myself, I am large, I contain multitudes.”

In celebration of Independence Day, consider the following questions:

• In this moment, what is supporting your individuality?
• How do you want to acknowledge and honor that support?
• What do you want to do with the gift (and responsibility) of freedom?
• How are you supporting uniqueness in others?
• What amount of dependence is yours to accept from them?

It’s empowering to feel independent, to feel in control over the choices we have to build our lives and to make our own destiny with grit and fortitude taking actions day after day towards self-directed goals. And, at the end of it all, know we could not have done it without another.