When “Being Yourself” Isn’t Enough 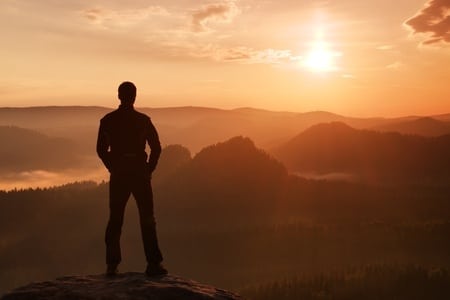 Authenticity in leadership carries with it a fundamental paradox. We think of authentic leadership as being the real “us,” i.e., the real deal. Moreover, we talk a lot today about self-awareness as if there is one uniform “self” out there, consistently displayed day in and day out. Get that self of yours figured out and voila, you will have achieved self-awareness.

The problem with this is that there is in fact no single “real deal.” And there is no one single version of any of us to behold. We instead show different sides of ourselves in different contexts all the time. Here is an example of how I work with my clients to increase their selves awareness and help them become more authentic.

Let’s look at the case of a bossy, whip-smart CFO. He was brilliant in a world of very smart people and had become the chief financial officer of a large retail organization at a very young age. The technical part of his job was not a problem. Being a true business partner and helping to drive a new way of thinking throughout the organization and helping to shift the mind-set of the entire enterprise was the real challenge of his new role. My client was straightforward, gregarious, and highly directive by nature. People would generally describe him as likeable, smart, and bossy. His boss, the CEO, had told him in no uncertain terms that he was technically great but pretty much useless as a business partner trying to shift the mind-set of the entire enterprise.

The bossy CFO needed to do something that was radically different for him. It was not going to come naturally at first. His first assignment was to listen three times more than he talked. Research and common sense tells us that listening is roughly three times as important in the art of influence as talking, so his task was to achieve a 3: 1 listening-to-speaking ratio.

Embodying this learning and actually interacting according to this principle is different than having an intellectual awareness. It is easy to extol the virtues of listening and much harder to actually listen more than you talk. We devised a numerical formula for him to use as a method. He could ask clarifying questions, but he could not make a declarative statement until he had taken in three points of view. He was assigned to listen to three different people speak on any given topic before weighing in himself. You read that right: He took in three perspectives or points of view before speaking all of the time, unless it was absolutely impractical.

At first, my CFO client struggled with the process, but over time, he began to have in-depth conversations that mattered. During such conversations, was my client being authentic? Was he being genuine? Was he being fake? Which person was the real CFO? Was it the one who listened more than he talked or the one who was straightforward and directive?

This story takes us to the fundamental paradox of authenticity in leadership. We think of authentic leadership as being the real us, the real deal. The problem is that there is no one real deal. There is no one single version of any of us to behold. We show different sides of ourselves in different contexts all the time. In my client’s case, if he was going to succeed, he needed to bring a different side of himself to the job. His drive to succeed and make a contribution was a large part of his authentic self. His tendency to take charge and dictate was also authentic. His drive to succeed and make a contribution was a deeply held, self-concordant value. His take-charge style was habit and had worked well most of his life.

This post is adapted from Karissa’s new book, The Art of Authenticity: Tools to Become an Authentic Leader and Your Best Self.

Register for our series of free, on-demand webinars on authentic leadership.

Karissa Thacker is founder and president of Strategic Performance Solutions Inc., a management training and consulting firm dedicated to elevating people to reach their highest potential and career satisfaction. She is the author of The Art of Authenticity: Tools to Become an Authentic Leader and Your Best Self. Find out more about her work and her book at karissathacker.com.