The Who of Who You Are 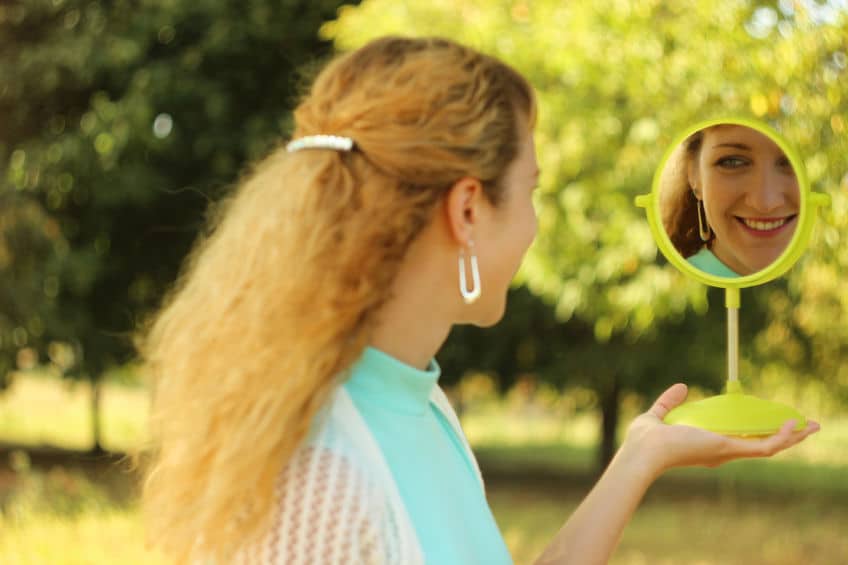 “The privilege of a lifetime is to become who you truly are.”
—C. G. Jung

Like most children, I was taught that lying is bad. People can be cruel and merciless, however, while patting themselves on the back for their “honesty.” Hence the term, “the brutal truth.” Honestly, though, sometimes “honesty” can be a tad overrated. On the other hand, lying, especially to ourselves, ensures that we never unlock potential—of relationships, situations, or ourselves.

The Search For Authenticity

These days, many of us search for honesty in the form of “authenticity.” We want to be true to ourselves, and also let people into our private world, and allow them to see us for who we are. For those of us who have worn their personae well, perhaps for decades, the thought of dropping the mask and authentically connecting can be scary, yet exhilarating with the promise of a new paradigm. Embracing the vulnerability of connection is treading new water for many.

But just who are we anyway? Who is the who of who we are? And is honesty or authenticity always the best policy? Speaking personally, some aspects of my character are far from polished and in fact, are not so nice. Whether it’s my sarcastic, judgmental, or impatient self, I am pretty good sometimes—at being a little awful. For better or worse, these qualities show up as part of my “authentic self.” So, do I lift the curtain to reveal the “whole enchilada” me? Is authenticity nothing more than a challenge to “take me as I am”?

The Three Prongs of Authenticity

Authenticity is not a be-all and end-all concept; rather it is three prongs (authenticity, integrity, and servant/leadership) that comprise a state of “wholeness.” Thus, “wholeness” is not a disconnected and self-centered state of being. It is a unifying force based on connection and interconnection. So while we can manifest and lead from any aspect of ourselves, even the negative ones—and still be within the parameters of “authenticity,” “wholeness” asks us not to do that.

Authenticity tells us to look within. But wholeness asks us to consider the bigger picture and the external impact we are choosing to make. Authenticity acknowledges multiple authentic and sometimes incompatible realities. Wholeness asks us to choose which of those realities we want to make operational in any given moment. In the Torah portion “Shemot” (Exodus 1:1-6:1), Moses famously encounters the “burning bush”:

The angel of the Lord appeared to him in a blazing fire from the midst of a bush; and he looked, and behold, the bush was burning with fire, yet the bush was not consumed. So Moses said, “I must turn aside now and see this marvelous sight, why the bush is not burned up.” When the Lord saw that he turned aside to look, God called to him from the midst of the bush and said, “Moses, Moses!” And he said, “Here I am.”

Some commentators focus on the fact that it was a lowly thorn bush, thus emphasizing the attribute of “humility,” marveling that God would appear in something so inconsequential. Others interpret the “blazing fire that does not consume,” to mean that even when our enemies try to destroy, obliterate and burn us, the Jewish people will never be totally consumed by the fire of hatred.

Said Parker Palmer, author and activist, “In certain circumstances, truth is not found by splitting the world into either/or but by embracing it as both/and.” If you are only a bush or only fire, then you are acting from only one perspective, and you are missing the wholeness of being a “burning bush.” Some situations call for quiet humility and some for blazing fire. It is all one authentic you, but the point is to know when to be what, and how you can act from your highest self. It is the prong of integrity.

The Power Of Servant-Leadership

Moses wanted to serve God and, at the same time, he was also terrified that he was not up to the task. He had two authentic selves going on, two choices to make. Moses embraced his fear, acknowledged its authentic truth, and then acted from the self that wanted to serve God. That is when he stepped into his ultimate power as servant/leader.

So be authentic. By all means, be who you are in your full paradoxical and multitudinous self. But remember that, in the who of who you are, there is always a choice. In your quest for authenticity, be guided by integrity and be inspired by servant-leadership. Be mindful. Be kind. And be whole.

Hanna Perlberger, a graduate of CiPP, is an author, attorney, spiritual teacher, and coach. She speaks to people from all walks of life and helps them in their search for greater happiness, meaning. and spiritual engagement. Hanna’s newly released book, “A Year of Sacred Moments: The Soul Seeker’s Guide to Inspired Living,” guides readers through an interactive journey of ancient Jewish wisdom and positive psychology. For more information or to subscribe to her weekly blog, please visit ayearofsacredmoments.com