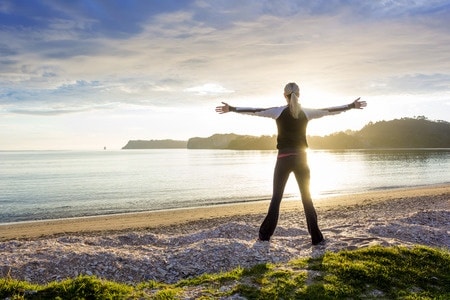 There’s so much I learned from the IPPA World Congress last month—and so much more I have yet to learn. It needs time to settle. I will be replaying so many of the plenary sessions and reading and re-reading all my notes and action plans!

But one thing stuck with me immediately—about how strengths work together, and sometimes not so much. My top character strengths, according to the VIA test, are appreciating beauty and excellence, followed by curiosity. At number five is fairness. What I experienced on Sunday at IPPA was what happens inside me when strengths collide—a feeling I have had many times, but have not been able to truly understand or put a name to until now.

I had decided to volunteer as much as possible as a room moderator during the conference, and it was a wonderful experience. I got to meet the presenters, and often I was able be helpful—not just by facilitating or organizing the room, but by being there to offer encouragement and, from time to time, a hug.

I was lucky enough to be the moderator for a session on Sunday titled “The Future of Work and Organizations in Positive Psychology,” chaired by Meg Rao from Claremont Graduate University. This is my primary area of interest, as I’m a project manager in the finance industry, and I see many opportunities for using positive psychology to create highly functional and resilient teams.

The panelists for this session were Claremont psychology professor Stewart Donaldson and Jane Dutton and Kim Cameron of the Center for Positive Organizations. At the start of the session, the panelists agreed amongst themselves that they would each speak for 10 minutes, followed by a Q&A with the (large) audience. I was to provide a two-minute warning to each presenter to signify when their 10 minutes was coming to a close.

The session began well. Meg provided a rousing introduction to the Work and Organizations Division of IPPA, highlighted the rapid growth in the section over the last year, and then gave warm and appreciative introductions and welcomes to our speakers.

Stewart was a lively speaker, and the material was very interesting. I found myself regretting that the speakers had agreed to 10 minutes each and not 15; I would have loved to hear his views on other positive psychology topics. When I gave the two-minute warning, he eloquently and swiftly wrapped up.

Next, Jane stood up to speak. She immediately grabbed our attention, and, again, as her time neared its end, I dutifully gave the two-minute warning and she brought her talk to a conclusion. For the second time, I thought about how I would have loved to hear more—appreciating excellence right there in the room with me, and curious about what more there was to say.

Kim now stood up. He took a minute or so to thank his fellow speakers, then another minute to explain how he came to this field. Then he launched into his speech proper. The clock was ticking very fast, and I could see that he still had much to cover. I could feel the room swept up in his enthusiasm. The time came to push the two-minute timer onto the podium once more.

I found myself paralyzed. My curiosity and appreciation of excellence struggled with the feeling that it would be unfair to the other speakers to let him continue. To interrupt, or not to interrupt—that was the question. Finally I stood, clutching the two-minute marker in my hand. As I rose, I was given the signal not to act by a member of the conference personnel. I sat back down. I was thrilled—I would hear more!—and appalled—it was unfair to the others!

Fortunately, Kim saved me. The motion of me trying to stand up caught his eye. He asked if that was the warning, and I apologetically admitted that it was, but, if I were to give it to him, I might not escape the crowded room alive. The audience laughed, and he took just two more minutes to complete his speech. Maybe one of his character strengths is fairness, too!

When I am facing a decision and am vacillating between possible actions, it doesn’t necessarily mean I’m an indecisive ninny. Maybe my strengths just can’t get out of each other’s way! Being more mindful of that will support me in making conscious choices rather than mentally tossing a coin. Or maybe I can bring another strength—like humor or leadership—into play to act as the decider. That session taught me plenty about visions for the future in positive psychology, but it taught me even more about myself.