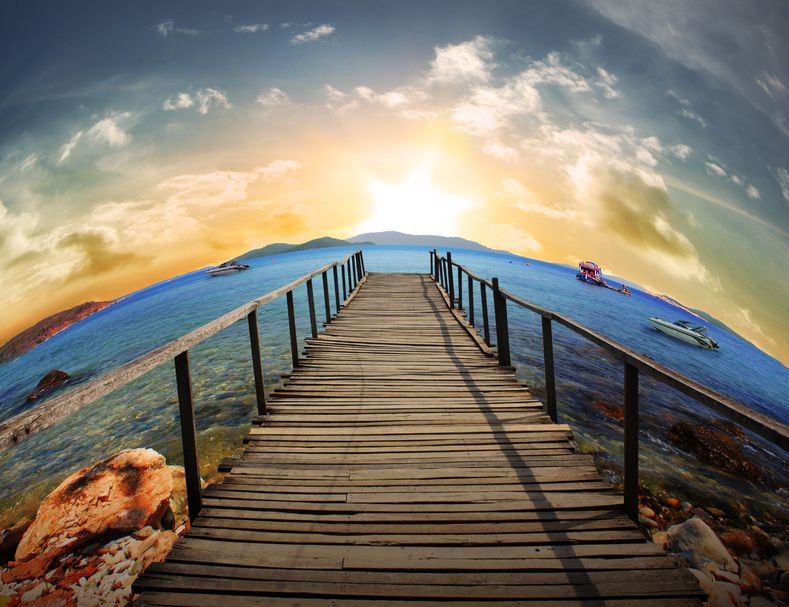 Hope is a place on the other side of the bridge that takes time to get to. This is what 8-year-old Asa M. told me when I asked him about hope in light of the fact that one of his best friends had been diagnosed with Duchenne Muscular Dystrophy, a fatal disease. Hope is a place to reach toward, not a feeling, and in some respects he is right. It infers movement toward optimism and a sense of sunniness and yet there is a bridge that must be crossed—a traveling from what is to something on the other side. Really, though, what is a healthy hope or a true hope in the face of Duchenne or any other fatal diagnosis? To find the will to continue to breathe with any consciousness and to shape a life that thrums there must be some evidence of the faintest hope. What is this hope … this hope that will sustain us?

Jerome Groopman, professor of medicine at Massachusetts General Hospital, asked this very question. In his early years as a physician he noticed a tendency within himself and some of his colleagues—a shying away from stating the truth to patients, especially when that truth would be difficult to hear. To protect themselves from the suffering that voicing a difficult diagnosis might cause, doctors often spoke either too vaguely, too abruptly, or in terms of a softened reality. Recognizing that this pattern not only caused confusion but separated him from his patients, Groopman began to search for an understanding of true hope—a hope that is real, not false, and helpful. Over time, he discovered a profound paradox: True hope exists when we face reality exactly as it is—however severe. We don’t deny, negate, soften, or overstate reality and, at the same time, we help the patient create a path to a slightly better future. This notion of a better future is significant. While cure may not be possible in medical terms, a path toward a better future may include finding peace, joy, or companionship along the road toward death. According to Groopman, the patient is the one to determine what this better future looks like; it is his job to introduce the concept while being honest about reality as it is.

What would a true hope look like for any of us now, in this very moment?

A young woman I know, recovering from multiple thoracic surgeries in her early 20s, found that the path over that bridge to a new normal could only be made as she focused on the micro-moments of positive healing that occurred each day. When the pain shifted from 10 to 9.5, she imagined herself in an even better future the next day, down perhaps to 9.2, and then, when reaching that milestone, she focused on a future that included a pain experience of only 8, and so on.

During the 10 weeks my brother Johnny lived with disease, true hope had little to do with cure. Metastatic cancer, stage four, with significant symptoms in his pancreas, liver, and kidneys—this was the reality we faced. Hope for my brother lived in the chance to do right by his children, to prepare the documents he needed to in order to ensure his family would be set financially, and to love while he could. The slightly better future, until the last agonizing weeks, had to do with relationships, inviting his fraternity brothers and colleagues and friends to remember what had been great about their time together. And at the center of this choice of hope for him was the daily opportunity to remind his four children of his love for them. One of John’s last conscious acts was to order rings for them and his wife—each inscribed with a private message.

Reality required that he honor his own coming death but, until that very moment, each day was also an opportunity to shape a future—the next hour, the next morning—such that they had meaning for him. This became his bridge.

When we deny reality, we cannot make effective choices. We stumble about looking for a solution. Without a clear-headed acknowledgement of what is true, we make decisions that are only temporarily sustaining, or even harmful. Ignoring a diagnosis of melanoma, a patient of mine chose instead to move ahead with the launch of a business in Latin America, believing that if she ignored the cancerous mole, it might go away. A father I worked with refused to be tested despite escalating profound pain in his abdomen, thinking that if he admitted how much pain he was experiencing, his peers would think him weak. He nearly died from the rupturing of his appendix. As we pretend that what is true is not, we disempower ourselves from making wise choices.

And yet, scaffolding consisting only of reality cannot build hope. We need also a second set of framing girders and beams. We need the struts that bring a sense of a future that includes warmth, possibility, healing of a kind. As my mother-in-law, Frieda, came to the end of her days, fully aware that she had but a few weeks left, she took out her address book and began to call friends and relatives, taking the time to thank each of us for what we had brought to her life. True hope for her existed in the hearth of connection and the choice to say goodbye with both gratitude and dignity. There would be no cure, but there could be love.

Often we can’t change reality. We can, however, change our experience of reality and open a door to a day that has a smidge more of what we truly wish for in it.

This bridge-building of hope does not happen immediately. It takes time to absorb dark news and time for our psyche to adjust enough to let go of what could have been to face what is, and then to consider what is possible in the presence of what is now true. We may not know what to hope for, for some time, but the knowledge that the practice of hope can be one of groundedness in reality and agency in creating days that offer uplift … that knowledge itself is a balm and an inspiration.

This post is excerpted from A Short Course in Happiness After Loss (And Other Dark, Difficult Times).

Dr. Maria Sirois, PsyD, is the Vice President of Curriculum at Wholebeing Institute and an inspirational speaker, seminar leader, and author who has worked at the intersections of wellness, psychology, and spirituality for nearly 20 years. As a wellness guide, Maria has been invited to keynote throughout the country at conferences for wellness centers, hospitals, hospices, and philanthropy, business, academic, and corporate institutions, as well as for the general public. She has been called a “true teacher” and “an orator of great power and beauty.” She is the author of “A Short Course in Happiness After Loss (And Other Dark, Difficult Times)” and “Every Day Counts: Lessons in Love, Faith, and Resilience from Children Facing Illness”.