All the World’s Our Stage: Reflections on the IPPA World Congress 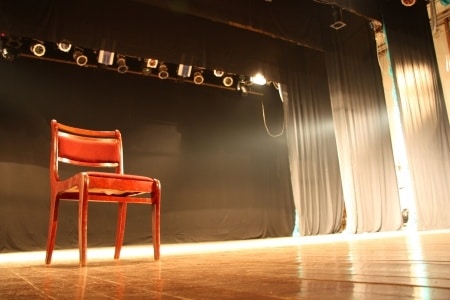 Sometimes it takes a wrong turn to get you to the right place. —Mandy Hale

In his opening address at the Fourth World Congress on Positive Psychology, IPPA president Kim Cameron talked about getting lost in the meandering hallways of the Disney Resort. The guest rooms were all located outside the conference center and, as it was pouring rain, Kim wanted to cover as much distance as he could inside the center before exiting the building. He noticed that a door marked “Cast Members Only,” which was normally shut, was at that moment wide open. Thinking it would lead in the right direction, Kim walked on through, keeping his head down, trying not to get noticed for being an intruder.

Eventually, he came to a dead end and he got nervous. In front of him was only one exit, and it was marked with a sign “Production In Progress.” Gingerly, he opened the door, expecting to see a full-on Disney film set, but the door merely opened into the empty main ballroom where the IPPA presentations were to be given. Addressing us now, from the stage of that ballroom, Kim said, “So this is the show, and we are the cast members.”

A quote from Shakespeare sprang to my mind: “All the world’s a stage, and all the men and women merely players.” In Shakespeare’s mind, this is not a good thing; rather, he was positing that the life of man is a finite, petty, and meaningless drama.

Too bad Shakespeare never got to do the CiPP program. If he had, he would have realized that the role he could play—if he chose to—was unbounded, meaningful, and full of potential to impact the world. He would have learned that the “stage” is the setting where one’s role, mission, and purpose are intertwined. And he would have learned that being of service, leaving a legacy, and being part of the transformation of the world is eternally significant.

But, getting back to the conference: There, in person and on the stage before us, were the greats we had learned from during CiPP—Marty Seligman, Mihaly Csikszentmihalyi, Barbara Fredrickson, Jonathan Haidt. I have to confess feeling a sense of pride that our very own Tal was the star of the opening keynote address (and yes, he wore a pink shirt). It was so gratifying to be exposed to this international community of people all dedicated to bringing positivity to life. And I realized and appreciated even more the amazing breadth and substance that CiPP had exposed me to, for at no time did I feel lost or out of my depth in any of the lectures I attended.

Seeing Megan, Phoebe, Nancy, Sonya, and other CiPP friends gave me a wonderful sense of solidarity within the larger IPPA community. While there were hundreds of poster presenters, there were maybe only a dozen permanent booths throughout the conference—and our WBI booth was one of them. I noticed it was always surrounded by a happy buzz.

For me, the sweet spot is the intersection between positive psychology and the sacred. While Ken Pargament delivered two outstanding lectures on that topic, I realized that this area is not a research priority. And as I looked over the positive psychology programs being advertised, I noticed that that spirituality is pretty much invisible. Contrast that to WBI’s SPIRE methodology, in which the “S” stands for spirituality! One of the significant distinguishing features of CiPP is its holistic approach, which encompasses and connects the mind, the body, and the spiritual dimensions of one’s life.

Other differences I noted between CIPP and the other certificate programs were the length and design of the course itself. First, none were longer than six months, and none offered the two five-day immersion experiences that bookend CiPP. I simply can’t overemphasize the importance and impact of spending those two intense periods of time immersed with Tal, Maria, and Megan, as well as the community of CIPPsters. Even more than the intellectual modules of the program, it was the authentic sharing, learning, dancing, laughing, and growing together that was the most life-altering component for me, as well as the bonding with my group members throughout the year.

The biggest IPPA takeaway for me was realizing how extraordinary and unique CiPP is, how blessed I feel that it was part of my life, and how beautifully WBI nurtures and sustains connection long after the formal program is over. Once a CIPPster, always a CIPPster!

Like Kim Cameron’s serendipitous wanderings, my arrival at CiPP2 was happenstance. It came at a time in my life when I felt lost. Sometimes, though, you have to get lost in order to find yourself.

So, yes, the world is a stage, and we are the players. But we are also the producers, the writers, the set designers … you name it. We can be what we want to be, and we can make a difference—together! Seriously, is there anything cooler than that?

Hanna Perlberger, a CiPP2 grad, is a board-certified Positive Psychology Coach. She holds certifications in relationship and holistic wellness coaching from the Institute for Life Coaching. Hanna’s passion for coaching grew out of her experience as a divorce lawyer for more than 20 years—instead of dissolving marriages that she thought could be saved, she decided to help people transform their lives and relationships. www.makethebestofyou.com