The Power of Trust in Authentic Leadership 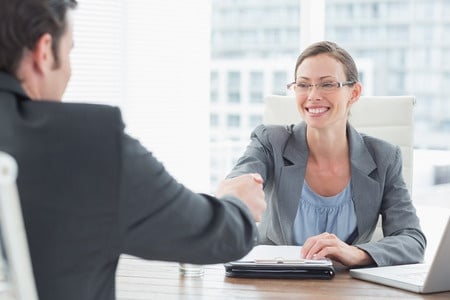 Am I too far gone, or can you help me out of my isolated self-obsession?
—Anne Lamott

My client and I were dining in a less-than-glamorous chain restaurant with okay food and wicked desserts. He ran a market segment within a large retailer, and I had been coaching him for the better part of six months. We had spent the last hour talking through his relationships with peers, which had always been a trouble spot—and we had just unanimously decided that we both deserved a bit of dessert.

Two of his key peer relationships were becoming more troubled as the larger enterprise pushed him and the other two segment leaders to find extra revenue and cut more costs in each of their areas—yesterday. They were also being told to think bigger than their individual silos, collaborate, and help each other accomplish their goals for the sake of the enterprise.

After we dove into the desserts, he looked at me, exhausted, and, with a minor measure of paranoia that can be somewhat adaptive within large enterprises, said, “Karissa, I just don’t trust either one of them at all, period.”

I took a bite of my chocolate dessert and asked, “If I were having this conversation with one of them, what would they be saying to me about you? In other words, how much do they trust you?”

As a result of either a sugar high or pondering a good question, he was totally silent and still for the first time in the last hour. It looked like a light bulb might be going off. I saw my opening and went for it. Next question: “What have you done to cultivate their trust?”

From there, we moved into a much deeper dialogue about the things that really matter in being an authentic leader when the heat is on and real people are trying to make a business work, with all its messy human dynamics.

When I reflect upon that conversation, I notice that the light bulb went off when I asked my client a question that led him to a place that Robert Quinn of the Ross School of Business at the University of Michigan calls “other focus.” Being other-focused, in contrast to being self-focused, means that we are able to step out of our normal human state of protecting ourselves, which, left unchecked, can lead to self-absorption and the fear that others are out to get us. My client was so worried about protecting himself from his untrustworthy peers that he had never considered how his behavior might be impacting theirs. He and his peers were locked in a dance in which all three of them were likely self-focused.

Other focus, according to Dr. Quinn, is one of four key components of positive leadership. Come join us as we discuss these provocative ideas with Robert, who will be our guest for the next installment of the Authentic Leadership webinar series, this coming Monday, October 26, at 7:00 pm EST.

Wondering how things went with my client? I can tell you that his relationships with those peers were better after that conversation. He brought more awareness of how his behavior was impacting them into a myriad of daily interactions. Slowly, through his practice of other focus, those relationships began to be more positive—because my client took the first step to move out of the gridlock. He made the choice to trust first, in small ways, and it was noticed, particularly because it was such a departure from the normal pattern. To become positive, authentic leaders, we must have the courage to trust.

Karissa Thacker is a management psychologist who has served as a consultant for 200 Fortune 500 companies, including UPS, Best Buy, and AT&T. Her specialty is executive coaching, with a focus on increased performance combined with increased individual satisfaction at work. Karissa is the founder and president of Strategic Performance Solutions, Inc., a management consulting firm creating innovative solutions in the space of human performance and satisfaction at work. She serves as adjunct faculty for the Lerner School of Business at the University of Delaware.