Positive Psychology: So Much More Than Looking on the Bright Side 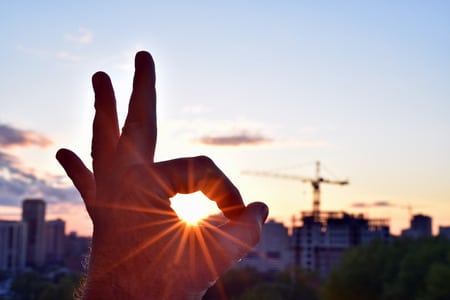 As I read more about positive psychology in the media, I fear that we are becoming increasingly detached from the true messages of the science. As the themes and practices are distilled into articles proposing “The Five Steps to Happiness” or “The Seven Keys to Success,” the subtlety, sophistication, and value of positive psychology are diluted.

At the recent Exhilarate conference, I heard Barbara Fredrickson (author of Positivity and Love 2.0) remark that a little positive psychology knowledge can be a dangerous thing. Another conference speaker, Kim Cameron (Positive Leadership) tackled the thorny issue of how to address criticism of positive psychology: He acknowledged that some of that criticism may have merit, and that researchers have a responsibility to tackle it. (He also produced copious, solid evidence that positive psychology—when properly applied—works!)

It’s easy to see why some people believe that proponents of the relatively young field of positive psychology are offering facile advice: “Look on the bright side,” “Count your blessings,” etc. This view of positive psychology, as a simple admonition to “think positive,” is as commonplace as it is dangerous.

I remember the first time one of my strengths-based teams faced a real challenge in meeting a deliverable. Essentially, the approach and time frame we were working with proved unrealistic. The team approached me with a mixture of trepidation and hope. No one likes to deliver bad news but, after all, I was a positive psychology practitioner. I would tell them it was all going to be okay!

After the most analytical brains on our team had laid out the issues and we had kicked the tires of their analysis, I said, “Well, it’s just not going to work the way we planned it.”

There was silence. Then one brave soul (let’s call him Mr. Bravery) said, “What, no ‘happy-go-lucky, we can make it happen’ response?” There was nervous laughter.

He looked me in the eye and replied, “No.”

I looked around the group and asked, “Does everyone feel that we have done enough analysis? Is there anyone who feels we are giving up too easily? Does anyone feel there is something we have missed?”

There was another pause, and then one person said, “We did our best. It just won’t work the way we planned it.” They all nodded.

“So, what do you think we need to do next?” I asked “Are there other options available?”

Ms. Creativity stepped forward. “I have an idea,” she said. “It won’t meet the committed timeline, but I think it will work. I just need some help to make sure I’ve thought of everything.”

The team gathered around a whiteboard and started problem solving. I saw their strengths kick in: Humor, curiosity, love of learning, humility, judgment, leadership, and teamwork all came to the fore to join creativity and bravery, and they were off. Self-regulation came into play as frustrations rose. Prudence ensured that no question was left unasked, that no proposal would be made until the team was confident. As energy levels rose, and the solution came into focus, hope and zest made their way into the group. I walked away and left them to solve our issue.

About an hour later, a delegation came to me and laid out the new plan. It was elegant and well thought out; all it needed was additional time for implementation. That was my job—to get us the time we needed to bring the better solution forward. The team was so positive about the new plan that some of them had already decided to work on it over the weekend, so we would lose as little time as possible.

Life is messy. Things go wrong. Ideas don’t turn out as planned. People let us down. But the point is that we have tools to tackle the challenges. Our plan was flawed, and we had no way to salvage it. But I had absolute faith in the ability of our team members to apply their strengths, work together, and come up with an effective alternative.

Looking on the bright side is not the backbone of positive psychology. The goal is not to make everything seem rosy and sweet. The goal is to see what is good and strong—in good times and in bad. It is about building the arsenal of tools that we have at our disposal, and recognizing what is effective. It is about starting with our greatest assets, and applying them before setting out to compensate for perceived weaknesses. It is about learning to savor the lovely moments in the midst of the difficult ones—while still acknowledging and tackling the difficulties. Using what you have to best effect, partnering with people to complement your strengths, and working toward your goals, starting with what is best in you—that is positive psychology.

Ruth Pearce is Business Unit Director of Conferences and Special Events at Wholebeing Institute, where she is currently working on the 2017 Embodied Positive Psychology Summit. She also runs ALLE LLC (A Lever Long Enough), a company specializing in building resilience and well-being in group settings. In her spare time, Ruth is working on a book, Strong Project Management: Strong Teams. alle4you.com