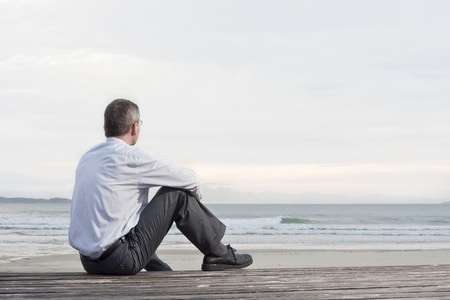 Career Shame hides in the shadows, lurking and taunting, until it can’t be ignored. It’s the nagging feeling that you’re not living up to your own potential. It’s the fear that peers are moving up while you’re being passed over. It’s a gnawing jealousy and a sense that maybe you should have taken more career risks instead of choosing the path everyone else was taking.

In this era of high achievers gracing magazine covers while barely out of high school, and constant inbox reminders to congratulate our latest LinkedIn connection who’s landed yet another promotion, is it any wonder that Career Shame seems to be rampant?

The positive psychology toolbox offers a multitude of devices to work through Career Shame. I’ve found that one of the most effective approaches involves questioning a client’s false beliefs by directly addressing their shadowy unhealthy thinking, which then allows us to operate from a place of light. This shift toward what’s known as an optimistic explanatory style can be accomplished by applying the ABCDE model:

Let’s take the ABCDE model from theory to practice through a specific example. Sam (not his real name), a recent client of mine, felt humiliated by his inability to take the next step in his career while his former colleagues seemed to be leapfrogging over him. Career Shame was starting to drown out the excitement Sam had shown in our initial career coaching sessions, so we had to take action fast.

The Activating Event was a networking coffee with a former colleague who knew Sam 10 years ago. As they reminisced, the former colleague talked about what a go-getter Sam had been, how he’d served as the linchpin for their previous organization’s major fundraising efforts.

When Sam and I met a week later, he told me that this get-together had thrown him into a tailspin. He now had a convincing Belief that, over the past decade, he had done mediocre work and had completely lost his get-up-and-go. He believed he was washed up, not leadership material.

As a Consequence, Sam was feeling dejected, and had made virtually no progress in his job search. To add salt to the wounds, the one thing he had spent time on was scouring LinkedIn for other former colleagues who were doing better than him—feeding into his Career Shame story.

Sam had no trouble identifying A, B, and C. But Disputing the story he was telling himself was not as easy. In positive psychology, we see our brain’s desire for congruence as part of its survival strategy. Even when our stories are not true, our mind wants them to be true, and will accept more and more evidence to support that story. Counterbalancing this requires deliberate mindfulness and an openness to the possibility that, just maybe, these are fabricated beliefs.

To help his brain be receptive to new ways of thinking, Sam and I shed light into the Career Shame shadows, by asking, “Is this true? Is this really true? What else could be true?” We played with possibilities, which made Sam laugh as he realized that there were a lot of potential stories we could explore.

Next, in mining for Evidence, we uncovered facts—including that Sam had gotten married about six years ago and, shortly afterward, had a child. He is a dedicated husband and father—which meant that he sometimes turned down opportunities for travel and additional work responsibilities in favor of more family time. Sam had never deliberately thought through the timing of his career downshift.

The next step was digging deeper into his accomplishments over the past decade. Ten years is a long time, and Sam had forgotten about his leadership on major turnaround projects and his transformative relationship-building style, which had resulted in significant new revenue for his company. I could hear a new note in his voice as he unearthed these overlooked professional achievements.

All this helped Sam realize that his former colleague had never suggested that he was no longer a go-getter; he’d merely been talking about the hard work and good times they’d had together. The reality was that he still thought very favorably of Sam, and had even offered to introduce him to some high-profile connections.

We worked through the ABCDE approach in less than half an hour, and I gave Sam some homework assignments to build and broaden what we’d discussed. The change in his outlook was palpable. He was starting to recognize his false beliefs and tell himself more accurate stories about his potential. We used the rest of our time to delve into specific career-search strategies.

Career Shame is complex, fueled by hidden causes and suppressed emotions. But the ABCDE model is a powerful tool that can help clients get to the heart of that shame, shining light in the shadows and creating new possibilities for Career Pride.