Facing Off with the Strength-Shaming Bullies 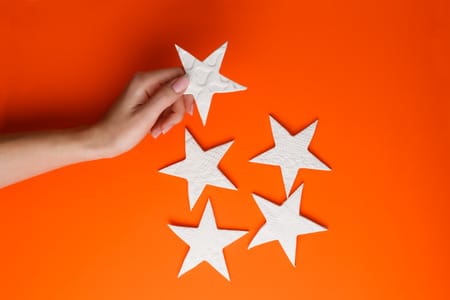 Strength-Shaming Bullies are everywhere. They can be colleagues, bosses, teacher, friends, parents, strangers, and the media—but often the worst bully of all is the one that looks back at you in the mirror.

What does it look like when our strengths are being intimidated?

“You just aren’t very artistic.”
“Impressive…you throw like a guy!”
“Boys should be doctors, not nurses.”

This is external strength shaming—messages, vocalized or implied, that can be directed specifically at individuals or stated as globally accepted “truths.” These messages can be intentional, unintentional, or even well-meaning attempts to protect you.

“It was just luck—it had nothing to do with my abilities.”
“I shouldn’t share my idea, because my boss hates it when I overshadow him.”
“I want to be accepted by my colleagues, so I won’t volunteer for that leadership role.”

This is internal strength shaming—stories we tell ourselves that result in hiding or not valuing our strengths.

“I have no idea what my strengths are.”
“I haven’t done anything important.”
“You know it’s not right to brag about yourself.”

This is being ashamed of our strengths—ignoring, avoiding, or even taking pride in not knowing or believing in our strengths, often based on our internalized stories or cultural/familial norms passed along to us.

To tackle Strength-Shaming Bullies, I adapted the STAR method (Situation, Task, Action, Results), a career tool commonly used to help individuals dig into the context and impact of their accomplishments. With an additional S for strengths, my STARS technique integrates a positive psychology framework to help people better understand how their innate talents and learned competencies result in shining STARS.

I recently used the STARS method with my client Jim (not his real name) who is looking to shift into international relations after working in two fields that had diminished his self-worth—music and sales. As a performer in New York City, he lived and breathed a culture in which external strength shaming was the norm. Two years ago, he took a position in business development, something he had never done before, and was constantly self-critical about his lack of abilities. After years of both external and internal strength shaming, Jim had been bullied into a place where he couldn’t see the gifts he had to offer.

While we used other positive psychology tools to begin quieting his strength-shaming messages, I wanted Jim to use the STARS method to recognize and celebrate his strengths. Here’s an example of what we uncovered through this very simple method:

S (Situation): Immediately after starting his sales job, Jim was simultaneously given responsibility to manage several accounts and to bring in new business for the company.

T (Tasks): To bring in revenue, Jim would have to identify new business prospects and also strengthen existing client relationships.

A (Action): Jim immediately started cold-calling business decision-makers, and easily adapted his sales approach to adjust to the needs of more than two dozen very different industries. He arranged meetings and worked independently, as well as with his colleagues and supervisor, to determine the best way to secure these contracts. He also took initiative to reorganize the system his company was using to manage data.

S (Strengths): Jim recognized his abilities to adapt quickly, learn on the fly, and persevere, despite challenging odds. He talked about how clients appreciated his authentic approach and active listening—he heard what they wanted, not just what his business wanted to sell them. Jim’s face lit up as he realized how applicable all these strengths would be for international diplomacy issues.

As we continued to use the STARS method to revamp his entire resume, Jim began to revamp how he saw himself. His initial feelings of defeat and skepticism were gradually replaced with a sense of pride in himself and his strengths. By the time we finished his resume, Jim clearly had STARS in his eyes.

In my next post, we’ll explore how to build on the STARS method to cultivate a community of Strengths Allies.