Stepping Out of Your Comfort Zone: Connection and Courage for Positive Action 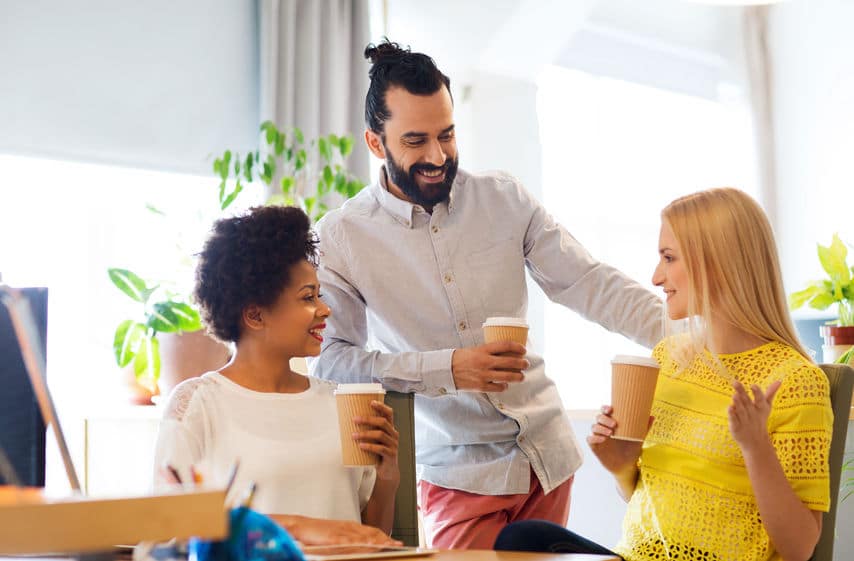 “Mommy, how come I never see my grandparents?” As a young girl, I demanded an answer to this question. I knew that my dad’s mom lived in Iran, and that was really far away, but what about my mom’s parents in Connecticut?

Finally the truth came out: I didn’t see my maternal grandparents because they did not approve of my Persian father. It didn’t matter that he had a heart of gold, loved my mother like crazy, or had earned a PhD. He was too different. Too brown. When I was a baby, my mom brought my brother and me to meet her parents. My grandfather refused to touch or hold me. After that, my mother was done. So I never knew my grandparents.

This racial slight I bore is nothing compared to what many others have endured. I’m lucky. I don’t fear for my life when I get pulled over by a police officer. There have only been a few instances when people have said hateful things to me because of the way I look.

The hit Broadway show Avenue Q includes a song titled “Everyone’s a Little Bit Racist.” It goes like this:

Could that be true? What role do racial biases play in our communications, and how can we be brave enough to have these conversations?

Students looking for a seat in the cafeteria will naturally gravitate to a group of students of their own race, rather than students of a different race. According to social psychologist Timothy D. Wilson, in his book Redirect: Changing the Stories We Live By, research shows that people are often “reluctant to cross racial lines in situations” like this. It may be fear of rejection, or worry that we don’t have anything in common, rather than racism, that influences these students. Yet the results are the same: students sorted in the cafeteria by race.

Research on “own-race bias” shows that people find it easier to recognize others of their own race, and have more trouble recognizing faces of other races. But studies by Barbara Fredrickson and Kareem Johnson have shown that priming people with positive emotions can reduce or even erase own-race bias.

To create change, communication and positive connection are required. We need to talk, in a sensitive way, about topics that may feel awkward. We need to reach out, even if we feel that we don’t know what to say and, in the past, would have remained silent.

Maybe you’d like to become friendlier with colleagues of another race at work. Maybe you want your kids to have friends of different races, and you realize your own friend pool is homogenous and worry about the message that sends to your kids. Maybe you’ve been enjoying the luxury of privilege for years and haven’t realized it. Maybe you’ve said or thought things about people or other races that you are ashamed of.

In the words of psychologist Daniel Goleman, “Clarity begins with realizing what we do not notice.”

We cannot always stop others, including the president of the United States, from making racist comments. But when we have honest, brave conversations with our neighbors, colleagues, and kids, we can shift the needle. The tone of the conversation can soften; we can choose to see each other in a different light.

In my neighborhood, people are putting up signs in their yards, in Spanish, English and Arabic, stating, “No matter where you are from, we’re glad you’re our neighbor.” Kindness and tolerance exist, too. Together, we can explore ways to build our awareness and courage in order to effectively communicate across cultural and racial lines.

Mina Simhai and Stephen Redmon offer the workshop “Stepping Out of Your Comfort Zone: Connection and Courage for Positive Action,” at the Embodied Positive Psychology Summit, May 1–4. Participants will gain clarity around their own biases and blind spots, and look at ways to improve and sustain cross-cultural communication and collaboration.

Mina Simhai earned her Certificate in Positive Psychology from the Wholebeing Institute, and served as a teaching assistant for CiPP4. She is also a recovering lawyer, yoga teacher and mother. Her latest project is bringing the tools of positive psychology to lawyers and others in the DC area and across the country. Her top strengths are judgment, love of learning, curiosity, love, and appreciation of beauty. Mina is an avid reader and looks forward to launching the WBI Book Club with you.

Stephen Redmon is a retired military lawyer who served in the Army Judge Advocate General Corps for 20 years. Upon retirement, he was appointed Special Assistant to the General Counsel of the Department of Veterans Affairs (VA) and now serves a senior attorney/advisor with the VA’s Office of General Counsel Information Law Group. A certified mediator, he received the VA’s Secretary Excellence Award for exemplary national efforts in integrated alternate dispute resolution. A former Peace Corps Volunteer in Sierra Leone and graduate of the Certificate in Positive Psychology, Stephen holds three law degrees, a master’s in strategic intelligence, a PhD in human and organizational systems, and a 200-hour yoga teacher certification. He was an assistant professor at the US Military Academy at West Point and is an adjunct professor at the University of Maryland.