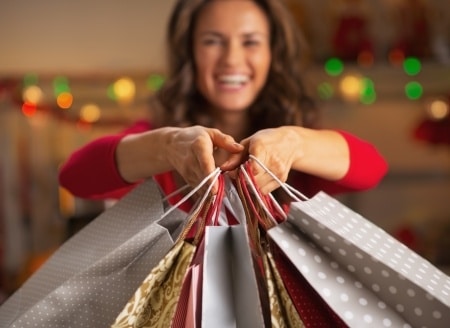 Something to think about when holiday shopping this year…

Can you really establish a habit of buying well-being? This might sound far-fetched, but research clearly shows you can.

What would you do if you were given some money and asked to spend it that day? What would make you happier—spending it on yourself or others?

It turned out that participants who spent the money on others ended the day much happier than the participants who decided to spend the money on themselves. It is also interesting to notice that the amount of money did not matter—the results were about the same regardless of whether they received $5 or $20. The only thing that mattered was how they spent the money. Regardless of the amount of money they spent, the people who spent money on others were happier.

Braco Pobric is an author, life and executive coach, speaker, educator, and founding member and Chief Happiness Officer of the Institute for Advanced Human Performance. He is a certified Positive Psychology Coach and former certified trainer and coach for Dale Carnegie Training. He currently holds a leadership role with a global financial company, and lives in New Jersey with his wife, Nevenka, and their cat Ringo. This article is excerpted from Braco’s book Habits and Happiness: How to Become Happier and Improve Your Wellbeing by Changing Your Habits.