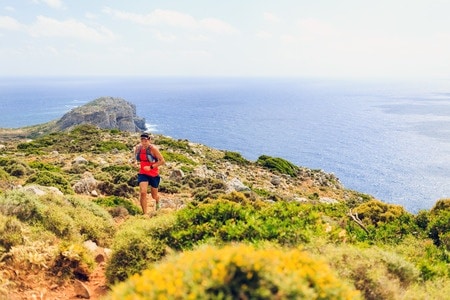 I made it back to Kripalu last month for the Embodied Positive Psychology Conference, and with the trip came another chance to run with some old friends, some new friends, and an eclectic menagerie of protagonists. (For a little background, read my earlier post, Running with SPIRE.)

Which is to say, I ran by myself.

My runs are never more crowded than when I run solo. You see, when I am physically with other runners, I am with them. Usually it’s just the two of us, or a small handful of folks. We banter, we commiserate, we share injury stories, and maybe, if the run is long and slow enough, our authentic and vulnerable selves emerge. That’s what can make a run such a boost to the R of the SPIRE model, relationship.

But this trip, I couldn’t find anyone to run with at the time I could go. The runners I did identify in the group wisely chose those remarkable yoga classes over an ordinary trudge. I’d say that was a strong use of the I, the intellectual aspect of SPIRE.

So, as I bounced down the green lawn in front of the building and headed out to meander through woods and to the lake, it was just me—and 101 people, thoughts, fears, joys, and dreams that run pack with me.

My legs and lungs noticed the ups and downs of the terrain, but those were modest compared to the topography that my mind and heart came upon as my emotions (the E of SPIRE) rose and fell with the mountain range of thoughts and feelings that came and went.

“My internal life has many citizens—and they don’t always agree,” said James O. Pawelski of the University of Pennsylvania’s Positive Psychology Center during Thursday’s panel. That is exactly right. Picture the start of the New York City marathon and you’ll see what a run is like for me—my mind is basically the Verrazano Bridge.

On this run, I made it through that jostling herd as I touched the water of the lake and began to head back. On the climb, the pack finally cleared, and one runner emerged—me. The harder I ran and the steeper the hills, the closer I got to me.

That was the point in the run when I could no longer take my physical self for granted. That awareness, of those lungs and those legs and those feet landing and rising, gently broke me away from the noise of that crowd of conflicting emotions.

The P of SPIRE was easy to ignore early in the run, when I was just loping around and breathing easily. But as the difficulty spiked, so did my appreciation of the physical shape I was in, to be able to climb that slope, control that turn, and feel that stride.

And, for me, that coordination between the letters of the model—the fluid shift in awareness between the emotional, physical, relational, and intellectual, is what brings into focus the S, the spiritual purpose of living a life with intention. The more I run, the closer I get.

For, even when I run by myself, I am hardly alone.

Louis Cinquino, a graduate of CiPP4, is a writer, editor, runner, Dad, channeler of bad poetry, itinerant pick-up basketball player, and direct-response advertising writer whose work has been sent unsolicited to tens of millions of mailboxes worldwide. His personal observations, discoveries, and training plan as he prepared for the Fifth Avenue mile race were featured in “The Mulligan Mile,” (Runners World, September 2013). The article forms the basis of his memoir-in-the-works, Running Back The Clock. You can read more about Louis’ adventures on his blog, TakingMulligans.com, where he keeps asking the same question: What if we ran like there was no tomorrow and lived today like there was no yesterday?