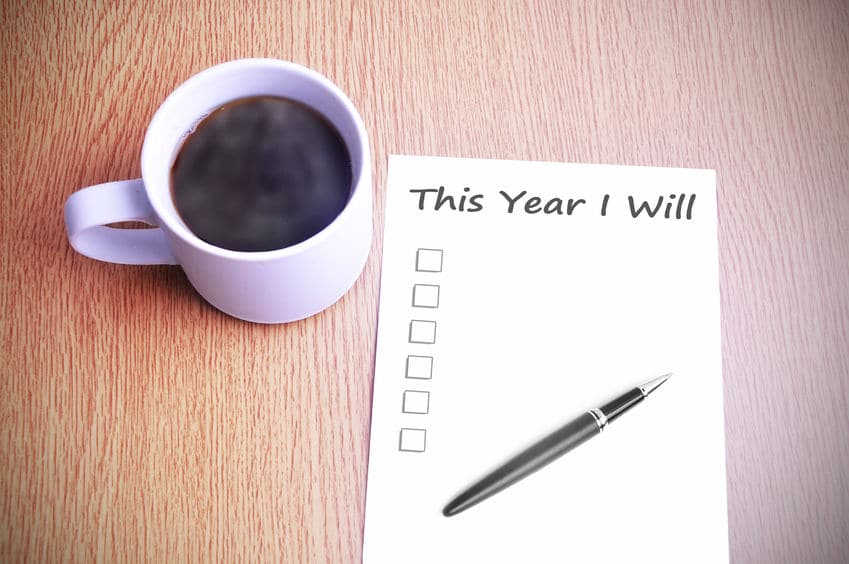 Making resolutions or setting intentions for the new year? This excerpt from Tal’s book Being Happy: You Don’t Have to Be Perfect to Lead a Richer, Happier Life offers wisdom, research, and an exercise focused on how to effectively shift behaviors and traits that aren’t serving you.

In an experiment conducted by Ellen Langer and her student Loralyn Thompson, participants were given a list of undesirable traits, such as rigid, gullible, and grim, and were then asked which of these traits they had tried to change in themselves and whether or not they had succeeded. Later, they were asked to evaluate the importance of traits such as consistency, trust, and seriousness. What participants were unaware of was that the traits on the second list are often seen as the positive equivalents of the traits on the first list. Consistency may be perceived as the positive version of rigidity, being trusting may be seen as the positive side of gullibility.

Along similar lines, people do not give up excessive feelings of guilt because they do not want to lose their sensitivity; they continue to worry out of proportion to the situations they are dealing with, because they fear that not worrying will mean not being responsible. Then there are those who remain faultfinders because they believe that being a benefit finder implies being detached from reality. As Langer writes, “The reason some people have a hard time changing their behavior, no matter how hard they seem to try, is that they really value that behavior under a different name.”

Can you think of any traits or behaviors that you have tried to change and haven’t been able to? Are there positive counterparts to those traits that you value and do not want to lose?

To be able to change, we need a nuanced understanding of what exactly it is that we want to get rid of and what we want to keep. Researcher Dina Nir writes about the importance of unbundling, the process of taking a particular quality and separting it into “two or more distinct and explicitly defined sub-aspects.”

In my own case, while I want to rid myself of my fear of failure and my rejection of painful emotions, I want to keep my drive and ambition. Once I define those areas where I want to change and those where I do not, I am likely to be less conflicted and consequently more ready to change. After we unbundle the traits, we can decide whether or not we want to change and, if we do, what exactly it is that we want to change. Essentially, what Langer’s study suggests–whether we apply it to perfectionism, rigidity, faultfinding, or any other trait or behavior—is a shift from the perfectionist’s all-or-nothing approach to a more nuanced, realistic analysis.

List some of the characteristics or behaviors that you would like to change but have been unable to up to now—for instance, being overly anxious or being a perfectionist or being too busy. Write down some positive traits associated with each one. For example, if you see yourself as someone who worries too much about everything, positive traits you associate with this might be “feeling concerned about others” or “having a developed sense of responsibility.” Or you might think of “being driven” and “getting a lot done” as positive sides of “being too busy.” In writing, elaborate on what it is that you want to change and what you would like to keep.

Dr. Tal Ben-Shahar, Co-founder of WholeBeing Institute, is an author and lecturer who taught the largest course at Harvard on “Positive Psychology” and the third largest on “The Psychology of Leadership”—with a total of over 1,400 students. Author of Happier: Learn the Secrets to Daily Joy and Lasting Fulfillment, he consults and lectures around the world to corporate executives, the general public, and at-risk populations on topics that include happiness, self-esteem, resilience, goal setting, mindfulness, and leadership. He holds a doctorate in organizational behavior and a bachelor’s degree in philosophy and psychology from Harvard.