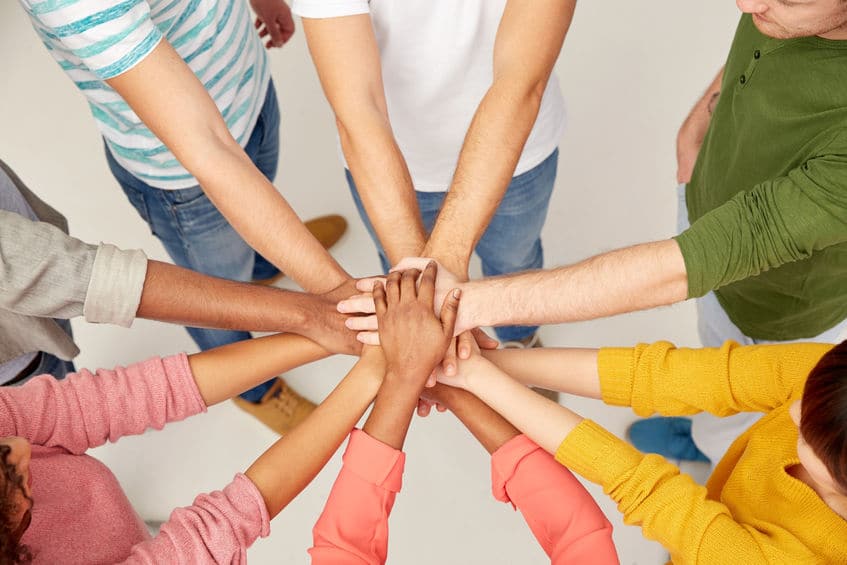 by Phoebe Atkinson and Lori Tuominen

“The past, present and future are not separate stages, but rather beginnings, middles and endings of a story in progress. Organizations and human systems are stories-in-progress.”
—Ronald Fry, PhD, professor of Organizational Behavior at Case Western Reserve University

Recently, Wholebeing Institute’s Maria Sirois invited the WBI community to participate in an Appreciative Inquiry Summit, which she organized as part of her process of earning a Certificate in Appreciative Inquiry from Champlain College. The Summit was given a working title that reflected Maria’s and WBI’s desire to accelerate growth in connection: The Power of One/The Power of Many: The Rising Spiral of Our Connected Community.

Appreciative Inquiry (AI), in short, searches for the best in people and in organizations. The AI 4D model was created by David Cooperrider and his colleagues at Case Western and is composed of four phases: Discovery of the best of what is; Dreamto imagine what could be, Design of what will be, and Destiny—to enact change and improvisational learning to become what is most hoped for.

The AI 4-D model guided the entire process of developing and conducting the Summit, as well as ongoing follow-up after the event.

Principles of Appreciative Inquiry
Five original principles serve as the foundation for any Appreciative Inquiry. As part of the WBI AI Summit, the AI frame was introduced by CiPP alum Lori Tuominen (who, as a student of Cooperrider and Fry, recently received her master’s degree in Positive Organization Development and Change). These five principles are followed by an emergent principle, as follows.

The Constructionist Principle: This signifies the idea that we actually construct our reality, or, as Cooperrider says, “Words create worlds.” This principle recognizes the power of language—that what we focus on grows, that reality is created through conversations and the language that we use.

The Poetic Principle: This states that what we choose to study makes a difference. Poetry opens up worlds to new possibilities. Our choice of study not only describes but actually creates the world as we know it.

The Anticipatory Principle: As Cooperrider says, “Systems move in the direction of the questions that we ask.” The more hopeful and positive the image of the future we imagine, the more positive our present-day action is to attain that future reality.

The Positive Principle: This states that the more powerfully positive or generative the question is, the better the Organization Development (OD) intervention. Rather than asking, “Is it (even) possible?” we ask, “How might we…?”

And, the emergent principle: The Wholeness Principle expresses the idea that wholeness brings out the best in people and in organizations.

The intention of the WBI AI Summit was to discover WBI’s positive impact; dreama shared vision of success for both the individual and the organization (the me and the we) and design different experiments (possibilities) to expand WBI’s flourishing.

The IA Model in Action 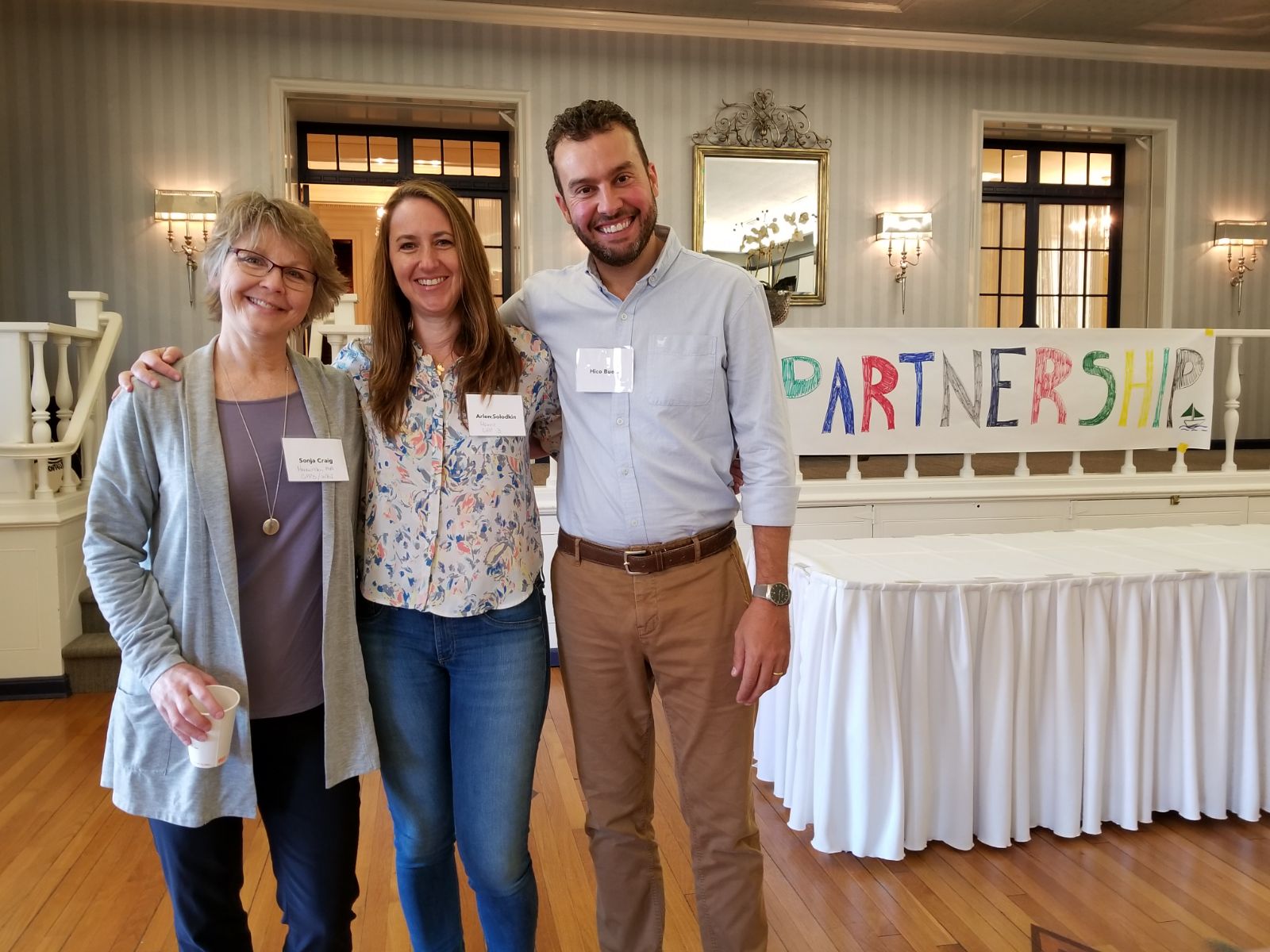 Prior to the Summit, the steering committee’s subcommittees set about engaging in a variety of tasks. As part of the pre-work, we identified different stakeholders across WBI courses consisting of alumni and friends, and conducted interviews using a set of questions crafted by the team, based on the AI 4D model. From these conversations, we culled themes to explore at the event.

On the day of the summit, Maria collaborated with a team of volunteers to move participants through the sequence of the 4D model. WBI CEO Megan McDonough kicked off the morning with a high-level view of WBI—past, present, and future. Summit participants interacted throughout using the 4D model, bringing to life a core WBI value—the commitment to nourish both individual well-being and the well-being of the organization. 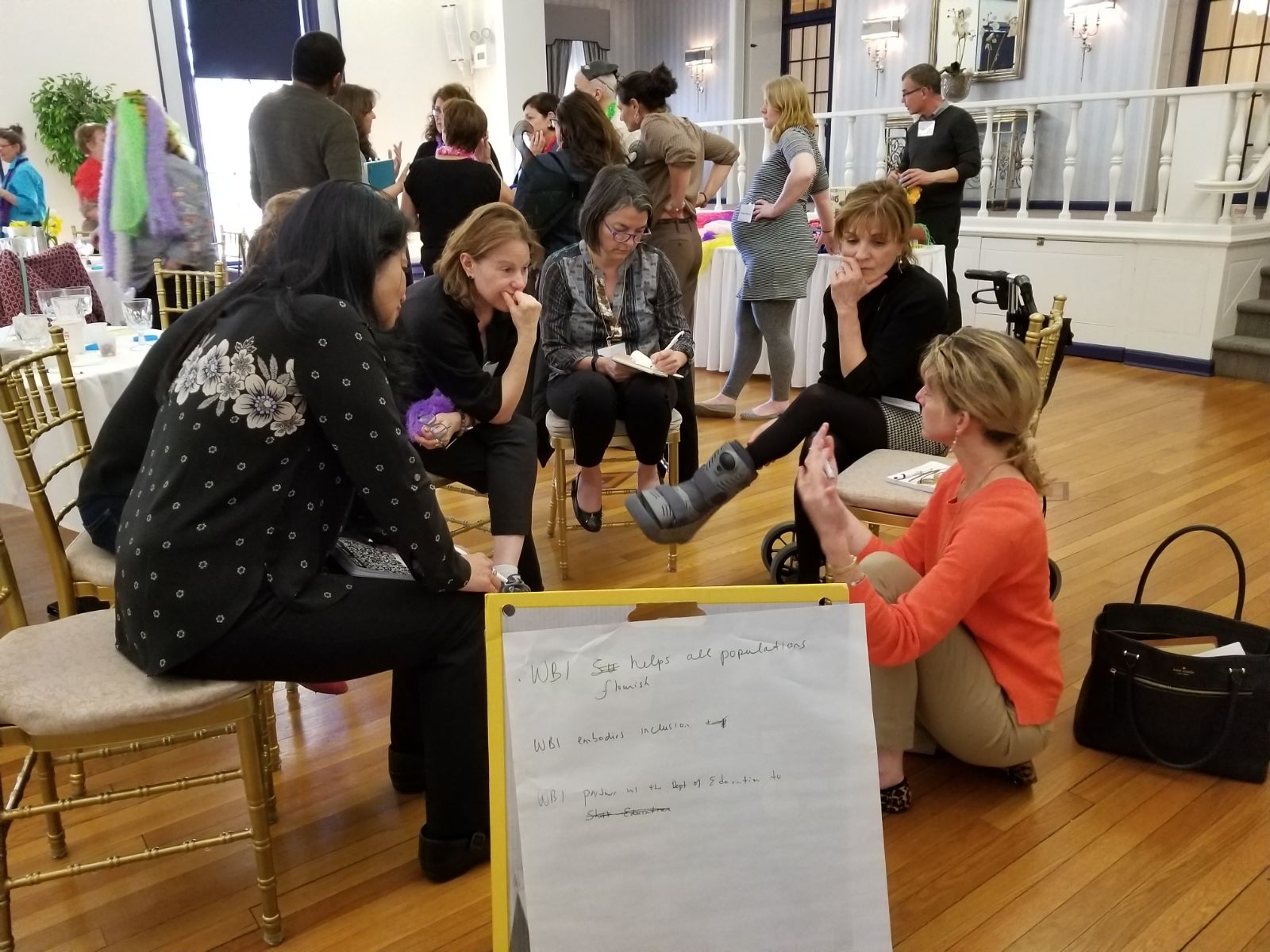 Throughout the day, strategic uses of positive emotion were introduced in order to activate the broaden-and-build effect for heightened creativity. The tables were decorated with quotes from WBI students, and each table was named for one of the themes that emerged from our pre-summit interviews: authenticity, embodied wholeness, excellence, generosity and love, global and personal, servant leadership, and transformation.

Each section of the 4D model began with uplifting video clips from WBI alumni. The element of play was also introduced, especially in the design phase, where participants using a variety of props, concretizing their ideas by performing skits and presenting multidimensional sculptures.

Maria’s signature strength of Beauty and Excellence was on display throughout the entire process. Not long after the summit, she received her Certificate in Appreciative Inquiry.

A Story in Progress

The day after the Summit, the team returned to the last phase of the 4D model—D fordestiny (or deploy)—and reviewed the emergent themes from the event. We’ll continue to work with the rich material in the post-summit phase to advance momentum.

AI researchers advise that, rather than developing a project with a beginning, middle and an end, the intention of an AI summit is “to create a new way of thinking, learning, communicating and innovating—so that it becomes embedded into the organization,” in the words of Molly McGuigan and C. J. Murphy.

An AI summit is a generative approach rooted in collaboration and stakeholder engagement. The 4D process is ongoing, especially the Discovery phase, as we continue to receive feedback from you. In that spirit, WBI welcomes all voices, and encourages your comments!

Phoebe Atkinson, LCSW-R, delivers executive leadership programs and co-facilitates an ongoing program at Rutgers University Institute for Women’s Leadership. She is a licensed clinical social worker (LCSW-R) and a board-certified trainer, educator, and practitioner in psychodrama, sociometry, and group psychotherapy.

Lori Tuominen is a coach and educator whose practice is steeped in positive psychology. She has a master’s in Positive Organization Development and Change from Case Western Reserve University. A CiPP2 grad, Lori was a teaching assistant with the program for four years. She also teaches an online Foundations of Positive Organization Development course for Champlain College, has taught a first-year seminar class on positive psychology at UMass Amherst, and is a qualified Mindfulness-Based Stress Reduction (MBSR) teacher. Lori lives in Western Massachusetts with her husband of 33 years and loves to visit her kids and grandkids in Minnesota as often as possible, when she’s not tromping around the woods of Western Massachusetts. lorituominen.com