The Path of Restraint: Let It Be 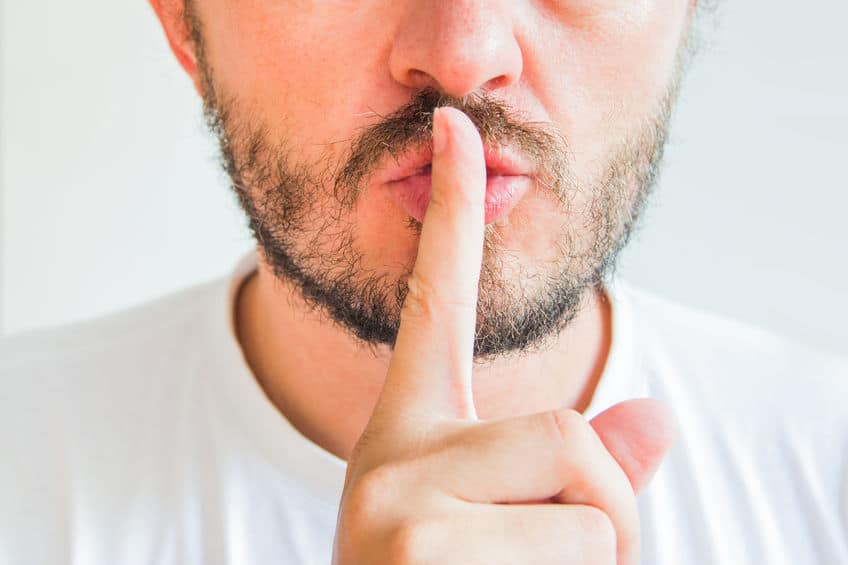 “Sometimes nothing is the hardest thing to do.”
—Tyrion Lannister, from George R.R. Martin’s A Game of Thrones

It was toward the end of a weeklong training for facilitators of positive psychology workshops, and we were participating in a group exercise. We all stood in a circle, and in the middle of the floor were scattered a few dozen cards, face down. Every person picked a card at random, and in turn read out loud the message on the back. Each card described a different signature strength in a poignant but humorous way and, having been together for days, where we learned and shared deeply, as each person read their card, it became obvious that the so-called random selection was right on target. I smiled when I saw my card—Gratitude, which is one of my top five signature strengths. When I read the card out loud, I added a quip of my own. After all, another one of my strengths is Humor.

When I came home and told my husband about some of the highlights of the week, I talked about this exercise. Why was it, I wondered, in a group of about 50 or so people, that there were only two people who went off script—me as well as the only other attorney in the room. Was that a coincidence? Most attorneys are wordsmiths, and we are adept at playing with words to shape reality. It didn’t occur to me not to inject my personality into the task, rather than letting the words speak for themselves. Has this trait become my second nature? Is this a good thing?

“These other students,” asked my husband, “the ones who just read the cards—they’re spiritual people, aren’t they?”

“What do you mean?” I bristled. After all, Spirituality happens to be another one of my signature strengths—number three, to be precise. “Do you think they were all in flowing robes and yoga pants while we showed up in Brooks Brother suits, briefcases in tow?”

“Maybe they just have more humility than you,” he replied. “Maybe they approached it with simplicity.”

He had me there. Years ago, when I was a student in a certain training program, I was always clashing with the director, and before he threw me out of his course, he chastised me with these words: “You always make things so damn hard.” I took it as a compliment, a badge of honor. So I’m not a simple contented cow, or someone who just follows orders, I thought, I’m complex! Said the late, great Oliver Wendell Holmes, however, “For the simplicity on this side of complexity, I wouldn’t give you a fig. But for the simplicity on the other side of complexity, for that, I would give you anything I have.”

Of all of the founding father and mothers, Isaac was always the hardest for me to relate to. In all of the Isaac stories, he is passive, he complies with the decisions others make for him, and we don’t get the story from his perspective. The only narrative in which Isaac plays an active role is in the middle of the Torah portion, Toldot, where Isaac is described as a farmer and a digger of wells—mostly trying to reopen the wells dug by his father, Abraham.

Abraham used his signature characteristic of chesed (kindness), bestowing his openhearted generosity indiscriminately to others in an outward dynamic that ultimately changed the world. In contrast, Isaac was insular, a tent dweller, a tiller of the soil, a scholar, who had one student only—his son Jacob. Where Abraham went wide, Isaac went deep. Where Abraham was boundless, Isaac was bounded—literally so. While I could respect Isaac, he was never a role model for me.

The words most commonly associated with Isaac are strict justice, severity, strength, humility, introversion, etc. I read an article, however, that used the word “restraint” to describe Isaac. Suddenly, I saw Isaac in a different light. What if exercising restraint is allowing things to be as they are meant to me, not exerting dominion and control, and letting things unfold naturally and organically?

What if, all along, Isaac was not passive, but was exercising the strength of restraint, and was willing to allow God’s plan to unfold—instead of thinking he knew better.

Being Right Versus Being Happy

There is a saying, “You can be right, or you can be happy.” This suggests, however, that forgoing being right, or being number one, is a concession, a sacrifice, whereby outwardly one backs off or says the right thing, but inwardly still believes that they are right. There, restraint is repression, a temporary cease-fire in the war of differing opinions.

What if we could exercise restraint—not to be self-righteous or to be the bigger person—but to get really curious? Restraint allows us to discover new things about ourselves—like what’s on the other side of this issue that you have held onto for so long to the point of self-identity? Who could you be if you let that idea go, or gave people the space to be who they are without negative judgments? What if you drilled deeply into your own well?

What Love Asks of Us

In his book Journey of the Heart, John Welwood describes how intimate relationships ask us to give up something we cherish dearly, such as our way of staying securely defended. When we give up what makes us feel personally safe and comfortable, and relax the demands and expectation we place on our partners, we can shift our focus to the concerns of the other as well as the needs of the relationship as a whole. When we stop being territorial, we no longer are the sole center of our lives. And that is the key to feeling happy and alive.

The best way to deal with negativity is to replace it with curiosity. Because on the other side of anxiety and negative judgments is seeing others more clearly—and ultimately ourselves. Says Wellwood, “Recognizing the absolute significance of this other that we love, who is wholly different from us, expands our horizons and opens us more fully to life as a whole.” But we have to get out of the way. Exercise a little restraint. It’s not that hard. Let it be simple.

Hanna Perlberger, a graduate of CiPP, is an author, attorney, spiritual teacher, and coach. She speaks to people from all walks of life and helps them in their search for greater happiness, meaning. and spiritual engagement. Hanna’s newly released book, “A Year of Sacred Moments: The Soul Seeker’s Guide to Inspired Living,” guides readers through an interactive journey of ancient Jewish wisdom and positive psychology. For more information or to subscribe to her weekly blog, please visit ayearofsacredmoments.com