Having Fun with Failure 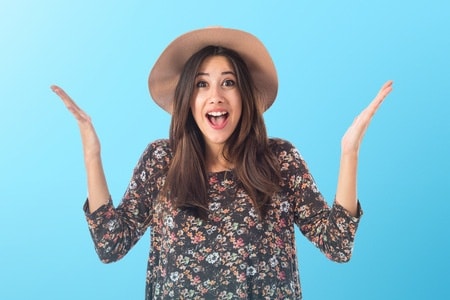 I want to fail in 2016. Stumble, trip, fall, and maybe even be humiliated. Fail big and boldly.

What sparked this “career fail resolution”? Seeing extraordinarily talented clients beset by fear of failure. Watching students peer over the edge of the next career step, and then jump back. Coaching accomplished professionals who call themselves failures after just one career setback. Statements like these break my heart:

—“I‘m not good enough, so why even apply for this job.”
—“No one will ever hire me since I was laid off.”
—“I just know my boss will say no if I ask for a raise.”
—“I’d rather sit quietly than risk saying something wrong.”

Successful Failure
Cultivating a growth mindset about our careers—embracing challenges, persisting in the face of setbacks, emerging from criticism, learning from other’s successes—is vital for successfully failing, and also terribly hard to do. It’s easy to have a growth mindset when things are going great but, once a screw-up happens, triggers and defensiveness quickly materialize. I’ve found this to be especially true when coaching young professionals, who default to negative overgeneralizing about their professional worth, as they lack a “success well” to draw on for a reality check.

In a recent Education Week article about the growing epidemic of “false growth mindsets,” Stanford University professor of psychology Carol Dweck talks about the need to delve deeper into practical applications of the growth mindset. Unless our actions and words are aligned with our beliefs, we will fall back into fixed thinking traps. To fail successfully, we need to know the triggers that suck us down and the tricks that pull us out.

When we’re triggered by a setback or fear, asking ourselves these deceptively simple questions can open us up to new interpretations of the failure story we’re telling ourselves:

—Is this true?
—Is this REALLY true?
—What else could be true?

When thinking about a potential or real failure, brainstorm all the possible worst-case scenarios that could result from this failure, and give each a percentage (zero to 100) of how likely it is to come true. Then do the same for best-case scenarios. Time and time again, I’ve seen this activity help clients differentiate between rational and irrational worries, which often gives them strength to break from the tight grip that fear of failure can exert.

Fun Failure
A study by Ellen Langer showed that people who were encouraged to make a mistake during a presentation experienced more enjoyment and were rated higher by the audience. Our fear of not knowing something—whether in a job interview or in a high-profile meeting—often results in forced, inauthentic interactions. As the Wall Street Journal article “Why Likability Matters More at Work,” points out, our ability to genuinely connect with people is a more critical factor in getting hired, respected, and promoted at work than having all the answers. Try these “fun failure” activities:

Deliberately make a mistake this week (I know this can seem terrifying). See what happens, what emotions arise, and how you can recover. (Make sure it’s not a major, job-costing mistake). Research shows that we think bad events will have a much greater negative impact than they actually do.

Attend a professional event and admit to someone that you don’t know about their organization or field—but that you’d like to learn. I bet that instead of thinking you’re “stupid,” they’ll be flattered that you asked and won’t see you as a failure for not knowing. In fact, research shows people will actually think you’re smarter!

Gritty Failure
In Rising Strong, the eternally gritty researcher and highly relatable author Brené Brown talks about FailCon, a failure conference with the motto, “Embrace Your Mistakes. Build Your Success.” She shares insights from the keynote speaker about how stereotypical ideas about failure completely overlook the bravery of those who dare greatly.

This connects directly to Angela Lee Duckworth’s research on grit—the tenacious pursuit of a goal despite setbacks. Research shows that, more than IQ, GPA, and test scores, grit can predict academic and career success. How gritty are you?

Write about a professional failure (it doesn’t have to be a big fail), and how this positively impacted your immediate learning and long-term professional growth. For extra credit, identify which character strengths you relied on for this growth.

Big, Bold, Humiliating Failure
While I don’t have empirical research, anecdotally, from years of career coaching, I estimate that most of us live at a maximum of 75 percent of our potential, because it’s comfortable there. We try to minimize risk of failure and humiliation by staying in our safety zone. But the cost is too high: We miss becoming who we are meant to be.