Finding What You Look For: The Shift from Fault Finder to Benefit Finder 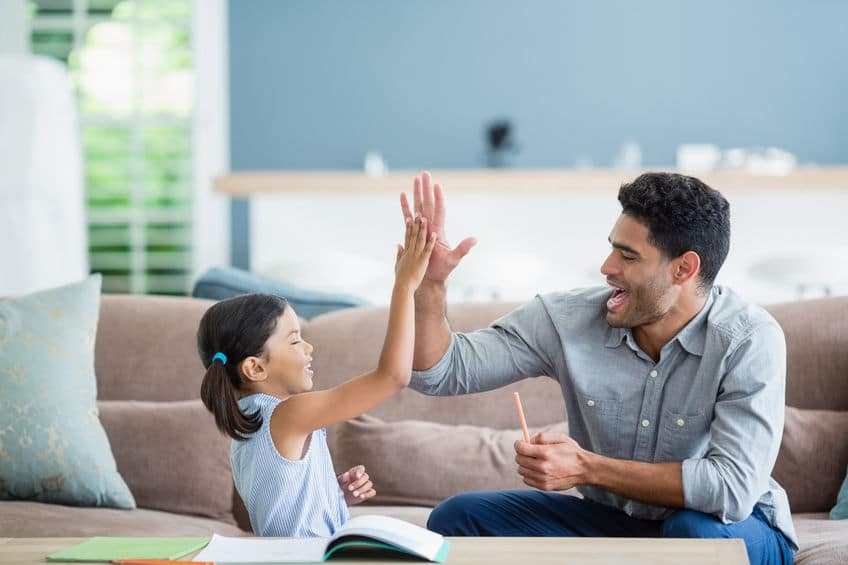 Needle in haystack found in eye.

Report cards. As the father of three daughters, I’ve reviewed my share of them. Every single time, whether it happens at home or live in the classroom at the parent/teacher conference, I catch myself doing the same thing. Waiting for…

I am sitting in a tiny chair meant for students. I am holding the report card in my hand, scanning quickly over the dozens of feedback statements that detail my young daughter’s performance. The teacher sits across from me. She’s probably talking to me, but I don’t hear a word. I am locked in. Way ahead of her, looking for it. It must be there somewhere.

There it is! What she needs to work on. Okay. There’s another one. Oh, right. That again. Gotta talk to her about that. She must get that from her mother. I thought we had fixed that last year.

I sit back in my chair and open my ears again. Did I miss something?

What I’ve most likely missed is the teacher sharing what it’s like to have my daughter in her classroom. What she seems to enjoy and how she contributes to the learning environment. Where she puts her energy. What triggers her joy.

In my frantic moment of searching, I found exactly what I was looking for: those few, and, almost always, modest little things that my daughter was stumbling over.

Which is to say, I’ve missed the point entirely.

Maybe you have meetings likes this at work. I did. Where, from the minute the discussion gets underway, the talk is about where the sheet is hitting the fan, and focused on finding faults instead of benefits.

If so, you know how it goes—the faults jump out, followed immediately by exasperation, annoyance, or worse. The discussion becomes entirely about trying to find a way out of the dilemma—who is causing this and what to do with (or to) them.

My experience in corporate life—15 years at some pretty innovative and sophisticated marketing organizations—tells me that this is rarely as useful as it seems at the time. When the meeting concludes, the team feels like it has made some progress by identifying the problems—and everyone is kind of worked up to fix them. But we also are left with doubt and discouraged that this stuff still keeps happening.

We leave with a list of things to do and the feeling that maybe things are worse than we had initially imagined.

What if we had spent some time examining what was working well? Centering the discussion on topics like an interpersonal collaboration that prevented a problem from mushrooming into a disaster, plans that are rolling out as scheduled, the small wins that happen every single day and go unnoticed, yet are the very reasons we are viable as a company?

Finding benefits isn’t about patting ourselves on the back. It’s about more deeply understanding the work we do—and drawing on our strengths to make the organization (or relationship) stronger.

Finding benefits isn’t about ignoring faults. Being confident about what’s working well is simply the best way to understand how to address what isn’t.

So, this school year, I’m imagining a new approach to my parent/teacher conference.

I walk into the classroom, where the teacher greets me and walks over to the desk. Before I even look at the verdict, before we even sit down, I ask, “So what’s going well for her?” or perhaps “What do you like most about having her in the classroom?” or “When does she seem to be most focused and happy in her learning?”

With that line of questioning, I hope to get to the heart of the matter: the gifts she can develop to better herself and those around her.

Then comes the real payoff: When I go home and talk to my daughter about her report card, that conversation can be centered on her joys rather than her frustrations.

Did you see the look on that kid’s face at the end? Even if your reactions aren’t quite as vivid as that of the dad in the video, if your team or your children are anything like my middle schooler, you already know that benefit finding is a much more fruitful approach.