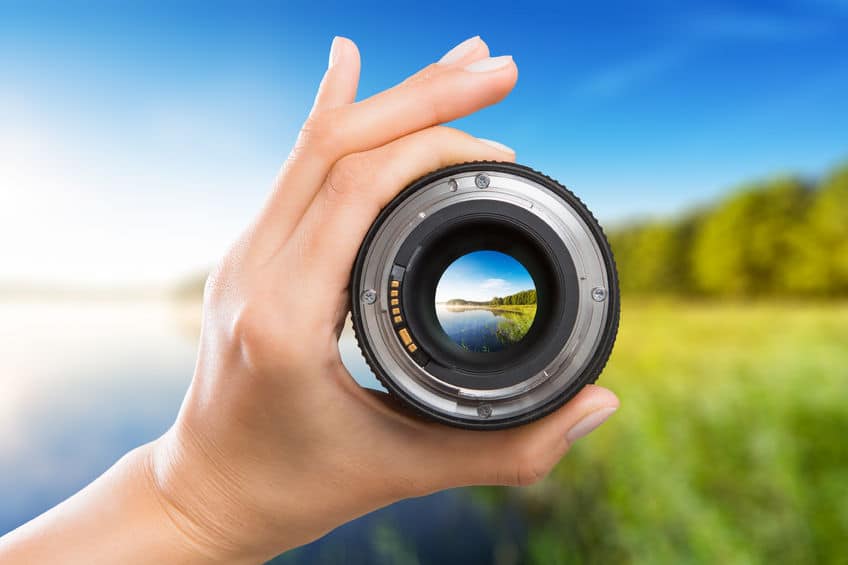 Putting Character Back into Competition

The original meaning of the verb “to compete” is “competere,” which means “to strive together.” Today, however, many of us think of competition in terms of rivals and contention.

But it doesn’t have to be that way. Photographer Kevin Garrett suffered a brain injury when his car was struck from the rear on his way to a photo shoot. David Johnson, also a photographer, learned about the accident and that Garrett was having difficulties. He cleared his schedule and flew from his studio in New York to help Garrett learn how to use some new equipment.

Calling forth our character strengths can require courage when we’re surrounded by colleagues who are determined to win at any cost. Professional photography is known to be a cutthroat business and, over the years, Johnson and Garrett have competed directly for jobs at times. They’ve astonished some of their clients by recommending each other for jobs, loaning each other equipment, and sharing names of crew members in a business where people jealously guard every aspect of their business. 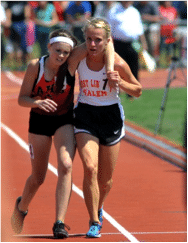 If we could see those around us as co-creators in our growth, learning that another’s star quality doesn’t dim our own brightness, we might learn that we can all shine more brilliantly. Great leaders are at heart high achievers who see themselves as resources rather than competitors. It’s no wonder that this photo inspired millions: high school junior Meghan Vogel, right, helping competitor Arden McMath to the finish line after McMath collapsed yards short in the 3200-meter finals of the Ohio Division III girls state meet. In an era of unprincipled competition and negative news, we are all hungry for examples of character in competition.

Learning to appreciate character strengths does not diminish self or others, but rather builds people, teams, and organizations. When we strive to develop what is best in ourselves, others will catch the vision and want to do the same. Renowned Martin Seligman and Christopher Peterson described the social impact of character strengths as follows:

“In many if not most cases, onlookers are elevated by their observation of virtuous action. Admiration is created more than jealousy because character strengths are the sorts of characteristics to which most can—and do—aspire. The more people surrounding us who are kind, or creative, or full of hope, the greater our own likelihood of acting in these ways. Said another way, strengths accompany non-zero-sum games. All are winners when someone acts in accordance with his or her strengths.”

Character strengths are the most important aspect of ourselves. They are collectively responsible for our greatest achievements and fulfillment. The 24 character strengths are the basic building blocks that represent our individuality, psychologically speaking. We each possess all 24 in varying degrees and combinations. These strengths are universally valued around the world, and scientists define them as positive traits that are beneficial to self and others. They lead us to positive emotions and relationships, and into engaging and meaningful activities in which we flourish—at work and in life.

Successful leaders know that character is where the edge is, and encourage others to put their authentic strengths to work to build a better whole.

Fatima Doman, author, executive coach, and CEO of Authentic Strengths Advantage®, is passionate about coaching people to measurably succeed by leveraging their strengths. Her areas of expertise are positive leadership, performance, emotional intelligence, transitions, succession planning and developing executive vitality through whole life balance. Fatima has worked successfully with many Fortune 100 and Fortune 500 clients representing a variety of industries, including technology, consulting, electronics, health care, insurance, media, higher education, government, aerospace, the US military, NASA, law enforcement, and the UNCR. Fatima holds an Advanced Executive Coaching certification from the Columbia University Executive Coaching Program. She served as co-founder and co-director of FranklinCovey’s Global Executive Coaching Practice, and was a faculty member of the FranklinCovey/Columbia Business School Executive Education Coach Certification Program. Fatima has appeared as an expert coach on television and radio, and is the author of Authentic Strengths: Positive Psychology Coaching, which has been featured by the Huffington Post and Psychology Today. Training workshops based on her book have been licensed globally. authenticstrengths.com