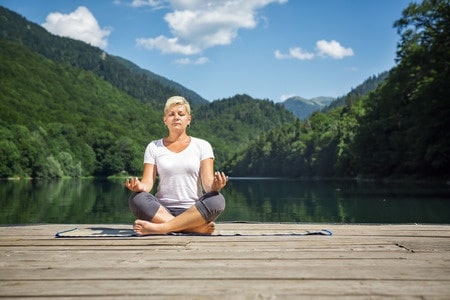 Words are easy to write. Actions can be trickier.

There are always those in life who see things differently. I worked with a man once who was my opposite. I said black; he said white. He said up, I said down. We saw the world from diametrically opposed views. Part of it was our assigned roles and responsibilities within the organization: he managed a customer segment that was in constant conflict with my segment. The field issues and turf battles bubbled up to us, and we each tended to view the problem from our constituent’s perspective.

Like it or not, to complete an assigned project we needed to work together, and found ourselves in a series of ongoing meetings. Sitting across from one another, it would take all of five minutes before the first dividing issue came up. With each progressive meeting, my tolerance for this man would diminish. At the next meeting, when it only took two minutes for the dividing issue to smack the middle of the table, I watched myself.

I realized that his mouth was moving, but my brain was not registering what was being said. Remember Charlie Brown’s teacher who just says “Blah, blah, blah, blah . . . ”? That was what I was hearing. I sternly yelled at myself: LISTEN!

And you know what happened? Nothing. I still couldn’t hear what he had to say. And he still bugged me.

Sometimes when we try to gain some space from a situation, to get clarity and increase our awareness in the moment, we can’t. Sometimes the most we can do is ride the roller coaster of our experience.

Another story with a different ending came from New York City. I had completed my work early, so I was at LaGuardia Airport long before my flight was due to depart. LaGuardia is a hectic airport, especially in the shuttle area where I was waiting. Every few minutes a new flight would be boarded, the lines to the counter were long, and there was a shortage of seats. This was barely controlled chaos.

Having finally made it to the counter, I handed my ticket to the agent and overheard the person next to me ask for help. She was a young woman whose name I don’t remember. I do, however, remember the name of her dog: Ginger. The name aptly described her—her coat was the color of ginger spice, and she had a warm, kind disposition that makes you think of gingerbread baking. Perhaps this is why I am able to recall the dog’s name and not her master’s.

Ginger was a seeing-eye dog who needed to go to the bathroom before she embarked on her journey to Maine, and the pair needed an escort outside. I volunteered. Guiding them through the long walk from shuttle area to the outside world, it became clear how much I use visual clues for communicating. To a blind person, the directions “It’s just over here” or “this way” aren’t in the least bit helpful. A simple “right” or “left” will suffice.

We successfully made it outside, more on the merit of Ginger following my moves than the owner following my awkward verbal directions. Outside of LaGuardia, the smells assaulted me. Did you ever notice how all big-city airports are made the same? You exit the baggage area and end up trapped in a tunnel-like roadway congested with vehicles picking up passengers. It’s like breathing in the exhaust from an unventilated auto body shop. I was just about to make a wise comment about the fresh air, when the owner said, “I can smell the grass.” I laughed, thinking she had made a joke. “You’re kidding, right?” I asked. No, she swore she could smell the little postage-size patch of green weeds off to our right.

Now that’s a great example of expanding awareness. If someone can smell grass at LaGuardia’s arrival station, then we certainly have a fighting chance to smell roses in the thorn of our problem.

Yes, expanding our awareness is easier said than done. Yet forcing the issue does nothing. In fact, the opposite is true. Relaxing with the current reality is the path to release and eventual expansion of awareness.

This post is adapted from Infinity in a Box: Using Yoga to Live with EASE.

Learn more from Megan McDonough in The Certificate in Positive Psychology.