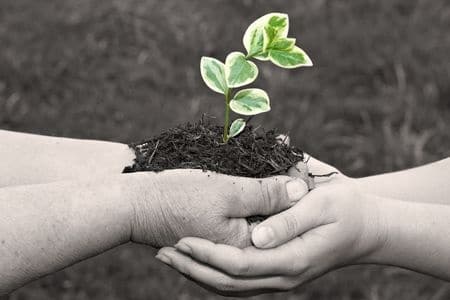 “Altruism”—the ability to place the well-being of others over oneself—was coined by August Comte in 1830 as the opposite of what he called “egoism,” or self-centeredness. This spirit of service may be innate. At Germany’s Max Planck Institute, psychologists Felix Warneken and Michael Tomasello set up a lab in which they videotaped toddlers playing alone. They watched how the children responded when an unfamiliar adult dropped something and couldn’t reach it. In their lab, kids as young as 18 months typically stopped what they were doing in order to help a stranger in need.

Kindness of this sort may not only be innate but intuitive as well. Researchers at Harvard and Yale found that when subjects were given a small sum of money and then offered a chance to donate part of what they’d been given, they gave away significantly less when encouraged to think about their decision; they were much more generous when giving was spontaneous rather than deliberate.

While Comte placed altruism and egoism at opposite ends of the spectrum, in the brain they are deeply intertwined. Serving others triggers neural activity in reward centers such as the nucleus accumbens, the same basic areas that light up when we ourselves experience the pleasures of food or sex or money. And while we’re on the subject of money, research led by Elizabeth Dunn showed that people who spent money on others were typically happier than those who spent the same amount on themselves. What I give to you turns around and transforms me as well.

When her colleague Laura Aknin later wanted to extend the same inquiry to children, she had to change the rules of the game a little and substitute snacks for money. (Which makes perfect sense to me: When my two-year-old was given a crisp new hundred dollar bill for his birthday to start a savings account with, he tried to put it in the toilet; when he has a box of raisins, he thinks he’s royalty.) So Aknin and her team gave kids a pile of treats to snack on and then invited them to give some away to a colorful puppet. Sure enough, the kids expressed the most delight when sharing. Together, Aknin and Dunn’s research on giving demonstrates the same self-reinforcing circle we found earlier in volunteers: giving makes us happier, and the happier we are, the more we give.

Excerpted with permission from Yoga & the Pursuit of Happiness: A Guide to Finding Joy in Unexpected Places, by Sam Chase. New Harbinger Publications, Inc. ©2016.

Sam Chase, MFA, E-RYT, a CiPP graduate, is a Kripalu Yoga teacher and holds a master’s degree from Harvard. He leads yoga programs for the United Nations, the National Guard, and Men’s Health and Women’s Health magazines, as well as teacher training programs and workshops nationwide. Co-owner of Yoga to the People, Sam combines Kripalu Yoga methodology with his background in diverse yoga traditions, empowering students to create a unique and transformative personal practice. samchaseyoga.com