My CiPP Story: Learning to Change My Own Lightbulb 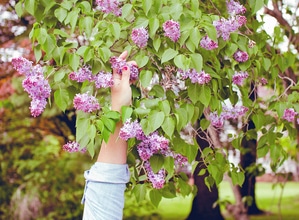 Maybe you’ve heard this one:

How many psychologists does it take to change a lightbulb?

Only one, but the lightbulb has to really want to change.

Back in the late summer and early fall of 2014, I was in a slump, feeling the weight of tremendous sadness and loss. It had started with the death of my mother two years prior, after several years of slow departing (she had Alzheimer’s), and had continued with the loss of two friends, two dogs, a job, and my ability to see the light in front of me.

As Maria Sirois describes as typical in her book A Short Course In Happiness After Loss (And Other Dark, Difficult Times), I made constant comparisons. In my mind, my loss was not as great as the loss experienced by others—people who lost family and a home in a fire, people living in a war zone, and countless other examples of those who had it worse than me. I had no right to feel bad, to feel sorry for myself, to not be more optimistic. For several weeks, I told myself to snap out of it. Even as the daughter of a family therapist and social worker, I still fell for the old “pull yourself together” self-talk.

It was about as much use as a paper hat in an acid storm. The point that I kept missing was that it was my loss, and as a result of these multiple hits, I was lost, too. (If only I had had Maria’s lovely book then!) And there was no one who could come and find me—except me.

Somewhere in my growing lethargy was the thought that I still had much to be extremely grateful for. I felt that, if I could only focus on what I had, and not what I had lost, I would start to turn the corner. It wasn’t that I needed to fix anything—after all, I could not bring back my mother, my friends, or my pets. There was no childhood experience to examine, no parental relationship factor contributing to my inability to adjust to change—apart from the loss of a parent. What I wanted was an attitude adjustment. I wanted to go to the equivalent of a car mechanic and get an attitude tune-up. So I Googled the words “positive psychology.” That was it … and I found the Certificate in Positive Psychology course.

The more I read, the more I liked. I discovered that Tal Ben-Shahar had run the most popular course at Harvard—on happiness. Megan McDonough had transitioned from a corporate background into a mission of bringing wisdom to the world. Maria Sirois had helped families facing trauma and fear while their children were treated for cancer. All of them were more than qualified to help someone like me find my way. So I signed up.

What transpired was not just a journey for me, but also for those around me. And I don’t just mean family and friends. I mean work colleagues, people I meet in the course of the day, my group of teenage interns, servers in restaurants, the checkout person at the supermarket, someone I meet waiting for the train. What this course created in the space where despair had been was a sense of abundance—abundance that I felt compelled to share!

Over the 10 months of the program, I learned about topics from happiness to mind-body unity, from coaching to personal relationships, from the power of contagion to the power of choice. Victor Kiam said of Remington, “I liked the shaver so much, I bought the company!” Well, I liked the program so much that, when the opportunity arose, I joined the WBI team.

Here are my five favorite things about CiPP.

1. It is scientific and evidence based.
2. It is delivered by a team of dedicated, enthusiastic, and generous faculty and support staff who have students’ well-being always in mind.
3. It is deeply engaging—there is something for everyone.
4. It is a community experience—and continues to be after graduation—but it also provides plenty of personal space.
5. It opens up new pathways, new dreams, and new connections.

The program is still being offered here in the United States, with two on-site immersions and seven modules of online learning. Check out the details. May all our lightbulbs shine bright!

Ruth Pearce is Business Unit Director of Conferences and Special Events at Wholebeing Institute, where she is currently working on the 2017 Embodied Positive Psychology Summit. She also runs ALLE LLC (A Lever Long Enough), a company specializing in building resilience and well-being in group settings. In her spare time, Ruth is working on a book, Positive Project Management: The Engaged Team. alle4you.com