Advice from Dad: Getting Comfortable with Being Uncomfortable 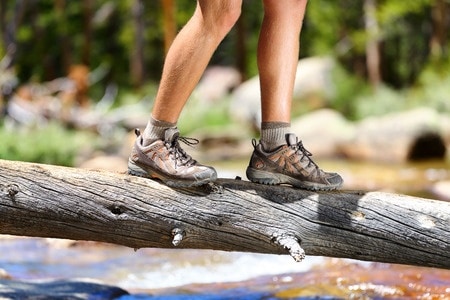 Mark Twain is quoted as saying, “When I was a boy of 14, my father was so ignorant I could hardly stand to have the old man around. But when I got to be 21, I was astonished at how much the old man had learned in seven years.”

It has taken me more than seven years, and sadly my father, Richard Kelly, is not around to hear or see my appreciation, but over the last few years I have learned a lot about just how much he had to show me.

Last week, when I was at the dentist, the technician taking the X-rays was astonished at how long the roots of my teeth are, which makes it a lot less likely that they will become loose as I get older. What’s the significance here? I remember clearly that when my father died, he had all his teeth. Apparently I am fortunate to have inherited his strong teeth. I hope I have inherited much more than that, such as his tolerance and appreciation of everyone he met, and his insatiable curiosity and love of learning.

When I was in my 30s, I had to give a presentation at work, to about 50 colleagues. It was a first for me, and I was incredibly nervous. I had always been shy, and the thought of standing up and speaking in front of a group felt like my worst nightmare. In fact, I had been having dreams about it for days. My father was trying his best to give me tips on preparation and practice, and I was far from being my “best self.” I was often impatient with my father (and, truth be told, he could be infuriating!) but, with my mounting nervousness, I was even less tolerant of him than usual.

On this particular occasion, my impatience was caused by his complete lack of understanding of my plight. I had seen him present many times to many audiences. He was an industrial chemist who worked for most of his career at the Greater London Council Scientific Department, and he had presented at schools and colleges, conferences and seminars all over Europe. He was always knowledgeable, humorous, evenly paced, and entertaining. He could not possibly know what I was feeling.

After 20 minutes of him drilling me on my content and then urging me to run through the presentation one more time, I snapped at him that I had had enough practicing and needed a break. As I walked away, I asked “Dad, how do you do it? How can you stand there and present to anyone on anything, and be so calm and comfortable? I will never be like that!” 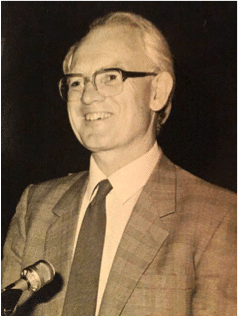 His answer has stuck in my mind ever since, and whenever I am about to do something scary, I play the words back in my mind.

“You just have to get comfortable with being uncomfortable,” he said and wandered off to make some strong black tea (the taste for which is something else I have inherited).

I stood there for a moment and thought about those words. Then I followed him into the kitchen and asked for clarification. He thought for a moment, and then said, “Well, it’s not easy to stand up in front of people and deliver a message in a meaningful way, to hold the audience’s attention and make them want to hear what you have to say. Whatever the situation, that is a responsibility, and it is nerve-wracking. So it would be strange not to feel at least a little anxious. The appropriate reaction is to feel nervous, so just embrace it, recognize it, give yourself a moment, and then brace yourself and get on with it. Ultimately, all you can do is make sure you are well prepared, and then just do the best you can.”

At the time, his advice didn’t make a whole lot of sense to me. Now, years later, I recognize it as a combination of Permission to Be Human (one of the most powerful tools I learned in the Certificate in Positive Psychology program) and using strengths to accomplish more than we think we can. By recognizing that we are worried about something and acknowledging that it is natural and normal to feel that way, we give ourselves permission to have that unpleasant sensation without harsh self-judgment.

Then, by using the strengths of prudence, perseverance, and maybe a little love of learning, we prepare ourselves for the task ahead. Activating our honesty, judgment, and humility allows us to be authentic. Then, with a healthy dash of humor to lighten the delivery, and the bravery to be nervous and do it anyway, we move ahead and do our best.

And if it doesn’t go well? Then we forgive ourselves, learn from what we experienced, and get up and do better next time. Thanks, Dad!

Find out more about the Certificate in Positive Psychology.