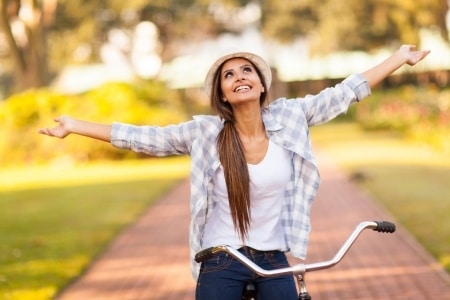 Some version of the Golden Rule, reminding us to not do unto others as we would not have done unto ourselves, finds its way into most moral codes, be they secular or religious. It is with our neighbor that the Golden Rule is concerned. But what about ourselves? The Golden Rule takes the love of self for granted—the self is used as the standard for the love of others, how we treat the “I” as the standard for how we treat our fellow men and women. The sages, however, generally ignored the fact that we don’t all love ourselves, or, rather, that many of us fall out of love with ourselves once we are old enough to turn our critical impulse, the faultfinder, inward.

We rarely condemn others for their fallibility but routinely refuse to accept our own humanity. As Diane Ackerman points out, “No one can live up to perfection, and most of us do not often expect it of others; but we are more demanding with ourselves.” Why the double standard, the generosity toward our neighbor and the miserliness where we ourselves are concerned? And so I propose that we add a new rule, which we can call the Platinum Rule, to our moral code: “Do not do unto yourself what you would not do unto others.”

Taking as a standard our behavior toward others can help us recognize irrational, destructive attitudes toward ourselves. Would you criticize your partner if she gave a less-than-perfect speech? Would you think any less of your best friend if he did not do well on an exam? If your daughter or father did not earn first place in a competition, would their imperfect record diminish your love for them? Probably not. And yet when we ourselves fall short, we often regard ourselves as wholly inadequate, utter failures.

When the Dalai Lama and some of his followers began to work with Western scientists, they were surprised to find that self-esteem was an issue, that so many Westerners did not love themselves and that self-hate was pervasive. The discrepancy between self-love and love for others—between miserliness toward ourselves and generosity toward our neighbors—simply does not exist in Tibetan thought. In the words of the Dalai Lama, “Compassion, or tsewa, as it is understood in the Tibetan tradition, is a state of mind or way of being where you extend how you relate to yourself toward others as well.” When the Dalai Lama was then asked to clarify whether indeed the object of compassion may be the self, he responded:

Yourself first, and then in a more advanced way the aspiration will embrace others. In a way, high levels of compassion are nothing but an advanced state of that self-interest. That’s why it is hard for people who have a strong sense of self-hatred to have genuine compassion toward others. There is no anchor, no basis to start from.

There is much research pointing to the importance of self-esteem when dealing with difficult experiences. Recently, however, psychologist Mark Leary and his colleagues have illustrated that especially in hard times, compassion toward the self is actually more helpful than self-esteem is. Leary explains, “Self-compassion helps people not to add a layer of self-recrimination on top of whatever bad things happen to them. If people learn only to feel better about themselves but continue to beat themselves up when they fail or make mistakes, they will be unable to cope nondefensively with their difficulties.”

Self-compassion includes being understanding and kind toward oneself, mindfully accepting painful thoughts and feelings, and recognizing that one’s difficult experiences are part of being human. It is also about being forgiving toward ourselves if we perform poorly on an exam, make a mistake at work, or get upset when we shouldn’t. Leary notes that “American society has spent a great deal of time and effort trying to promote people’s self-esteem when a far more important ingredient of well-being may be self-compassion.”

While Leary’s emphasis on self-compassion is important, the distinction may be unnecessary. Nathanial Branden highlights self-acceptance, which is very similar to Leary’s self-compassion, as one of the pillars of self-esteem. Self-compassion and self-esteem are inextricably linked.

This article is excerpted from Being Happy: You Don’t Have to Be Perfect to Lead a Richer, Happier Life, by Tal Ben-Shahar, PhD. Copyright ©2011, The McGraw-Hill Companies. Reprinted with permission from the publisher.

Dr. Tal Ben-Shahar, CLO of WholeBeing Institute, is an author and lecturer who taught the largest course at Harvard on “Positive Psychology” and the third largest on “The Psychology of Leadership”—with a total of over 1,400 students. Author of Happier: Learn the Secrets to Daily Joy and Lasting Fulfillment, he consults and lectures around the world to corporate executives, the general public, and at-risk populations on topics that include happiness, self-esteem, resilience, goal setting, mindfulness, and leadership. He holds a doctorate in organizational behavior and a bachelor’s degree in philosophy and psychology from Harvard.