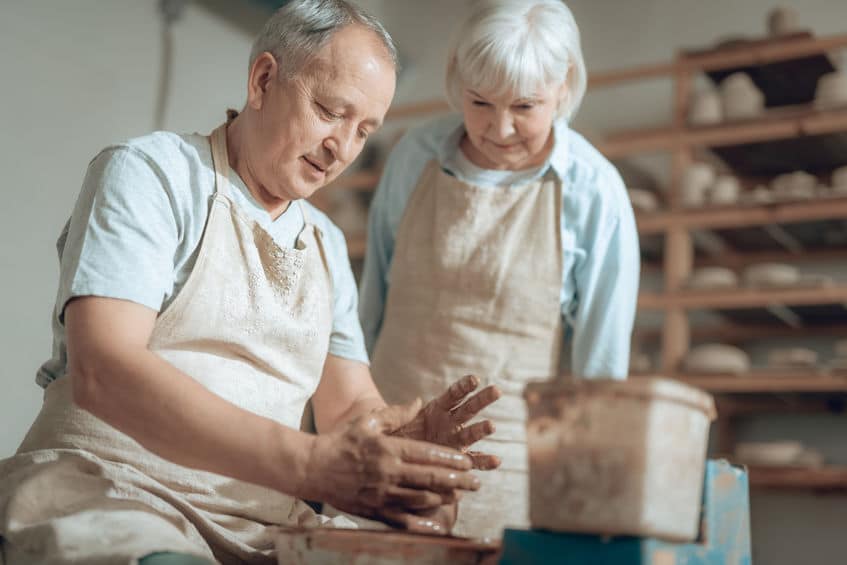 A well-known story relates the following encounter: Three men are found smashing boulders with iron hammers. When asked what they are doing, the first man says, “Breaking big rocks into little rocks.” The second man says, “Feeding my family.” The third man says, “Building a cathedral.”

Today I want to focus on the third man, the one who saw each hammer blow as contributing to the construction of a cathedral, a home for human dreams and sacred aspirations. To many of us who study and consult in occupational and organizational contexts, we would call what this third man does meaningful work.

There are many perspectives on meaningful work, ranging from Marxist ideas about work that resists the dehumanizing influences of the Industrial Revolution to religious ideas about being called by a transcendent spirit to do Good Work in the world—with everything in between. I have come to see meaningful work as consisting of three central components.

First, the work we do must make sense; we must know what’s being asked of us and be able to identify the personal or organizational resources we need to do our job. Second, the work we do must have a point; we must be able to see how the little tasks we engage in build—brick by brick, if you will—into an important part of the purpose of our company. Finally, the work that we do must benefit some greater good; we must be able to see how our toil helps others, whether that’s saving the planet, saving a life, or making our co-workers’ jobs easier so that they can go home and really be available for their families and friends. A growing body of evidence shows that meaningful workers are happy workers, more committed workers, and, in some intriguing ways, better workers.

The cornerstone for the famous Cathedral Notre Dame de Paris was laid in 1163, and work finally wrapped up in 1345. For those of you keeping score, that’s 182 years. Not bad. But, as far as I can tell, most folks seemed to live only until somewhere between age 30 and 50 (records were pretty crummy back then, infant mortality was very high, and bothersome annoyances like the Black Death mucked with the figures). That means that it would have taken between four and six generations of laborers working to construct Notre Dame. If you were in Generation 1, your job, literally, could have been breaking big rocks into little rocks. But you also would have been building a great cathedral—a cathedral that your grandchildren’s grandchildren would enjoy going into for the first time. Viewing the work in this way holds the hope of transforming our working lives into an important way in which we live better, richer, more meaningful lives.

So many of us crave work that can be more than the sum of the tasks we perform. We want our work to express ourselves, and we want it to matter to the world beyond our skin. It may be that our ideas about meaningful work prevent us from finding it. Many of us have stereotypes about the kinds of work that can be meaningful—take a moment to come up with your own list.
Building sacred spaces and saving the planet might stand alongside nurses, EMTs, soldiers, police, priests, pastors, teachers, counselors and the other helping and saving professions. But meaningful work isn’t restricted to these kinds of professions. Here’s a testimonial drawn from my research:

“I am a production analyst. The part of my job that is most meaningful to me is that I take large, confusing amounts of data and produce reports that allow my co-workers to make sound business decisions. I like that I help make sense of what we are doing.”

I’m going to hazard a guess that you didn’t put data analyst on your list of meaningful jobs, but this worker sees how tasks are more than their simple mechanical description. Other people might take the same job and find it dehumanizing. It’s easy to imagine a cynical, harried drone from the movie Office Space snarkily describing their job as “turning big numbers into little numbers.” The point is that what work comes to mean to you is a matter of perspective.

We continue to study what workers, leaders, and organizations can do to make work meaningful, and whether all jobs can be transformed into meaningful work.

Michael F. Steger, PhD, is a professor of psychology and the founding director of the Center for Meaning and Purpose at Colorado State University. His research focuses on how people flourish through building meaning and purpose in their lives and work. His published works include two widely used measurement tools, the Meaning in Life Questionnaire and the Work and Meaning Inventory, as well as three co-edited books, The Wiley Blackwell Handbook of the Psychology of Positivity and Strengths-Based Approaches at Work, Purpose and Meaning in the Workplace, and Designing Positive Psychology.