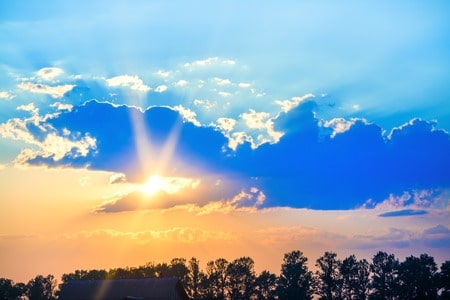 What do you want to accomplish? Want to start doing yoga, or running? To be a great leader? To make more money? To be a prolific writer? To lose those pesky 10 pounds?

When you watch people running a marathon with consistent rhythm and grace, you make the judgment that they must be great athletes. When you watch a manager speak on stage with charisma and polish, you consider them to be a successful leader.

When you see a person step out of a Tesla, you assume wealth. Reading yet another book by a best-selling author, you conclude she’s prolific. Watching your dinner companion push away dessert as you scarf yours down, you assume he has great willpower.

We interpret and then weave stories in our head about what we see. We assign people attitudes, attributes, and roles—top athlete, successful leader, wealthy entrepreneur, prolific writer, healthy eater—based on our observations of their actions. Based on behaviors, we bestow attitudes and qualities of being.

Here’s the thing, though. According to the self-perception theory proposed by Daryl Bem, we also interpret our own attitudes and beliefs based on the actions we take.That’s really important to note if we want to make positive change—and it’s backwards from how we typically think it works.

It’s a common misperception that we must first have the attitude and body of an athlete before we take athletic action, or that we must first cultivate a mindset of loving to write before we put pen to paper. The truth is, to become what we want to be, we do not have to cultivate the attitude first. We just need to act as if we had it. Action and behavior can be the prime drivers of realizing our goals and dreams. As Aristotle said, “We are what we repeatedly do.”

I know what you’re thinking: Yeah, but that athlete really is in good shape, and I’m not! Acting as if I am won’t make it so. We judge others, then we compare ourselves—and usually come up lacking because it’s easy to be tough on ourselves.

But consider this: What if the marathoner joined the race in the last quarter of a mile to help a friend stay motivated? Or the speaker was just hired as a manager after a previously long and successful career in acting? Or the prolific writer works with a team of co-writers? Others aren’t always as perfect as we think they are; nor are we as insufficient. The brain is very good at filling in gaps; your neurons want a full narration, not a stand-alone data point. And the brain does not like incongruity at all, so any conflict between an attitude and a behavior will be reconciled one way or another—by readjusting either the attitude or the behavior to create more of a match between the two.

The game is to match the two in such a way that it encourages forward movement toward your dream. When you take the stairs instead of the elevator, consciously notice that action and say to yourself—or even better, say out loud—“I enjoy moving.”

When you have a dream, behave as if you already are what you want to be. Even tiny actions matter, and, in fact, are preferable, because they won’t set up a gap between attitudes and behavior. Taking action toward our goals creates more congruency and, therefore, acceptance.

According to Dr. Tal Ben-Shahar, “Our success and our happiness is to a great extent contingent on the attitude we hold toward ourselves.” Or, as the well-known psychotherapist and writer Dr. Nathaniel Branden says, “Self concept is destiny.” And both our attitude and our self-concept are molded in the fire of daily action.