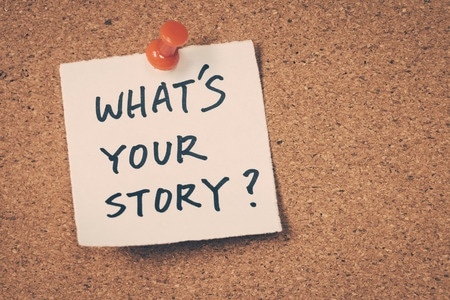 “Words create worlds.” I love this quote, though I don´t know who said it originally. It has been attributed to philosophers including Heschel and Wittgenstein, and today the phrase is often used by practitioners whose work highlights the importance of language and conversation in coaching, therapy, and consulting.

I was thinking about this phrase because of a recent conversation. Our friends Anne and Juan had invited us over to their home for a dinner party, and I offered to bring dessert. Anne has celiac disease, so I had to think of a gluten-free dessert. I went for an old-fashioned one: tapioca pudding.

When we served the pudding at the end of the meal, some guests mentioned that they had never tasted tapioca. This made me realize my choice had been really old-fashioned … But one of our friends, Rose, had eaten it before.

“Oh, so did my grandma,” I responded.

And then, simultaneously, we exclaimed: “I hated it!” and “I loved it!”

“It made me queasy. My grandmother used to tell me it was made of frogs’ eyes,” Rose explained.

“My grandmother used to tell me it was made with tiny crystal balls,” I told her.

I remembered how, as a child, I used to think it was magical to be able to eat those “tiny crystal balls.” I wondered how they could be glass-like and also edible, soft, and comforting. When I realized that tapioca was opaque when raw and became transparent as it cooked, it seemed even more incredible.

But the image of removing eyes from frogs’ heads to prepare soup does not lend itself to a warm fuzzy feeling (though I imagine Rose´s grandmother had a great sense of humor).

To this day, I love tapioca. And I would bet that Rose ate her pudding that night just because she has extremely good table manners.

This is a trivial example, but it shows how words not only describe our experience, they can also shape it. This is a constructive view of language, in contrast to a representational understanding of language.

A representational conception of language rests on the premise that there is an objective reality that we perceive, and words can capture and transmit it just as it is, like a mirror would. A constructive conception of language posits that words don’t represent the world objectively, but rather, to a large extent, create our experience, as if they were lenses or filters. Some thinkers (sometimes called “hard constructionists”) believe this is true for all reality, even the physical world. Others, “soft constructionists,” propose that what language builds or creates is the meaning that we attribute to our experiences.

The way practitioners in the helping professions think about language and how they use it in their conversations with clients is very important. For instance, one of the tools we often employ as coaches or therapists is reframing—offering a different description of a situation that fits with the “objective” evidence but gives it a different meaning.

For example, a couple might come in complaining that they disagree about everything, and particularly about how to discipline their children. After talking with them for a while, the therapist might say something like, “I see that raising your children well is very important to you and you each have strong convictions about good parenting. May we talk more about these?”

Or a young executive who has recently been promoted might tell her coach that she feels overwhelmed and incompetent in her new position. After exploring this during a session, the coach might comment, “It seems like you are climbing a steep learning curve, and are facing many demands. Which of your strengths have helped you deal with demanding and new situations in the past?”

One can imagine that the conversations that could ensue from these interactions would be very different than if the therapist had chosen to ask, “Why do you think you two fight so much?” or if the coach had commented, “Well, you certainly are overwhelmed. I wonder what’s at the root of this incompetence?”

We can say, “Tapioca is tapioca, a starch derived from the Manihot esculenta root. It does not matter what you call it.” But would you rather be presented with a bowl of frogs’ eyes or a bowl of tiny crystal balls?

Dr. Margarita Tarragona is the creator of the course Your Best You: Crafting Positive Life Stories at Wholebeing Institute. She is a psychologist who specializes in personal and relational transformation. As a clinician, coach, and organizational consultant, she incorporates scientific findings on flourishing from positive psychology with conversational and narrative ways of working with clients, with the goals of generating dialogue and expanding their life stories. Margarita is the author of Positive Identities: Positive Psychology and Narrative Practices.