Positive Performance: The Connection between Character Strengths and Musical Performance 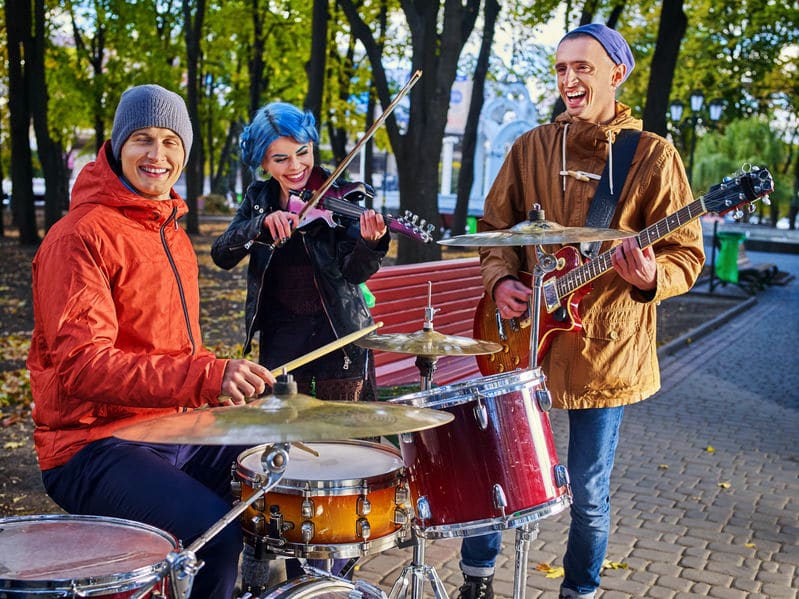 More than six years ago, I started taking voice lessons as part of my final project for WBI’s Certificate in Positive Psychology course. That’s how I met Dr. Raina Murnak, a music professor and vocal and performance coach at the University of Miami. As I learned about positive psychology research and tools, I would teach them to Raina, and she would try them out on her students.

As we are both teachers and trainers, right away we started to cross-pollinate ideas involving positive psychology and the confidence it takes to sing in performance. As Raina described how collegiate musical training tends to be critical, diagnostic, analytical, negative, and anxiety producing for students—sometimes contaminating their passion for performing—we both began to see the possibilities for how VIA character strengths could help students in performing.

From Wrong to Strong

Both vocal training and positive psychology are supported by science and by a specific set of tools. Positive psychology emerged out of psychiatric, social-psychological, and educational systems that were pathology oriented—in short, always pointing out what was wrong, missing, or limited. Similarly, as Raina explained to me, music lessons often focus only on what students do improperly, ignoring the multitude of elements that go well. This translates to students performing from a fear-based mindset, prone to be self-critical and hyper-aware of flaws rather than taking in the whole picture.

Just as positive psychology can create a shift toward seeing ourselves through our character strengths, Raina and I theorized that using character strengths in musical training and performance might create the same shift, from “wrong” to “strong.” Inspired and influenced by how positive psychology practices like best-self stories and strengths spotting create an upward spiral that helps us be more authentic, centered, creative, and in the moment, we began to employ these techniques to develop a methodology of training musicians in the character strengths. We hypothesized that this would not only empower musicians and music students with a pride in their own uniqueness, but ideally also impact the pedagogy itself.

To put our hypothesis to the test, Raina and I set up a semester-long pilot study that concluded in December 2019. We have not fully crunched the numbers yet, and we were working with a small sample of just eight participants, so our results are qualitative.

We know that everyone was highly engaged and enjoyed the sessions; all were volunteers and generously gave us their time on weekends. As students journaled throughout the pilot study, their personal comments revealed that they grew in understanding and awareness of their character strengths, and began exploring where and how their strengths showed up in their lives. They often mentioned having more confidence in their artistic and musical decisions. (This parallels VIA’s Aware-Explore-Apply model.)

We were delighted to see many comments about how the group provided a fun and safe environment to talk about thoughts and feelings related to their experience as people and as musicians. The level of engagement in every dyad and group experience was rich and alive as people shared from their hearts. We also had a lot of fun together. This may not sound novel to WBI readers, but it is novel in the field of music education!

The Next Phase of Research

In recognizing some of the limitations in the study design, we are revisiting the measures we chose: Anxiety, Self-Compassion, Flourishing, and Performing Comfort Level. We may find that more of the story will be told through journal writing and that we will end up with a grounded theory research study.

We had hypothesized that students who experienced seven hours of experiential work with character strengths would have less anxiety (as measured by Psychology Today’s survey), more self-compassion (per Kristen’s Neff’s scale), and greater flourishing/well-being, as defined by Martin Seligman. The journaling aspect of the study was informed by James Pennebaker’s work on expressive writing and therapeutic journaling. These were some big dreams—but that’s how we began. The experiential sessions always started with positive priming through best-self stories, talking about what went well this week, and other positive psychology tools.

In the next phase, we plan to more specifically connect the experiential teachings around character strengths with pre- and post-performance ratings, using self-evaluative surveys as well as a rubric completed by professional voice and performance teachers. We feel it is important to focus on both internal results—how one feels during the act of performance—and external results—an objective evaluation of the quality of the performance. As we tighten up the design and the measures to refine the focus, we welcome comments and ideas.

Nancy Kirsner, PhD, TEP, LMFT, OTR, a CiPP alum and former teaching assistant, began her career in helping others as an occupational therapist in a VA hospital during the Vietnam War. Over the last 40 years, she has worked as a Gestalt art therapist, Licensed Marriage and Family Therapist, university professor, and trainer and practitioner of psychodrama and group psychotherapy. With a PhD in Counseling Psychology, Nancy has worked as a forensic consultant with attorneys, facilitates Bibliodrama (stories from the Bible) at temples and churches, and presents annually at the American Society of Group Psychotherapy and Psychodrama, of which she is a past president. She co-authored a chapter on psychodrama with WBI’s Phoebe Atkinson for the 2019 book Action Explorations: Using Psychodramatic Methods in Non-Therapeutic Settings.

Dr. Raina Murnak is Assistant Professor and Director of Contemporary Voice and Performance Artistry at the University of Miami’s Frost School of Music. She is a trained professional singer and vocal coach with over 20 years’ experience teaching and performing across genres, on stage, on television, and in the studio. She gives master classes and private instruction as a thought leader on stage presence, movement, and positive strength-centered pedagogies. Raina is the program director for the Frost Summer Institute of Contemporary Songwriting. She received her BA and MA in Voice/Classical Composition from SUNY Stony Brook and her DMA in Music Theory/Composition and Vocal Pedagogy from Frost.