Of Nones and Nuns: Where Religion and Positive Psychology Meet 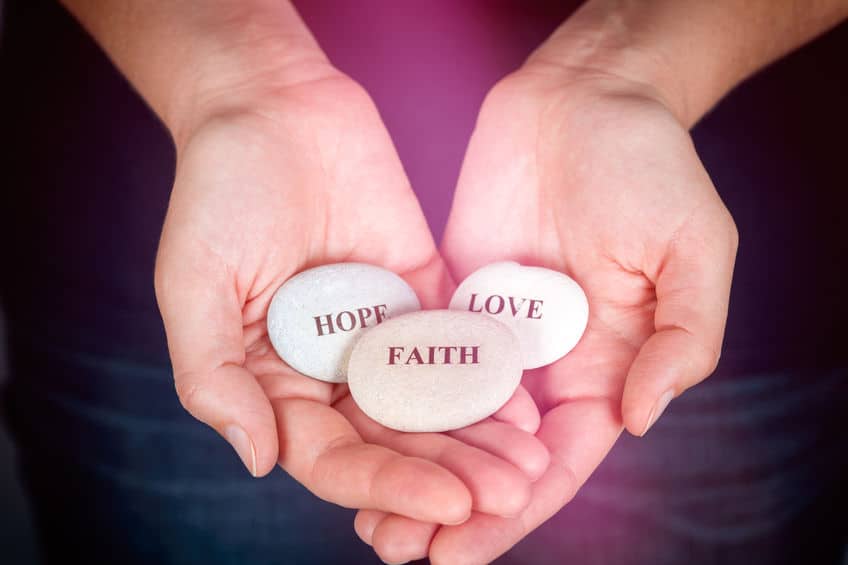 Since the 1980s, people have explored human flourishing in two primary, separate silos: religion and positive psychology. Yet we have a great deal to gain in bringing these two disciplines together. Religion and psychology can inform and strengthen one another—offering even greater support to the people who engage with them.

What does religion have to offer us in the modern age? How can it enhance our understanding of the good and deepen the lessons of positive psychology?

In major national surveys about religion, Americans increasingly identify themselves as “none of the above.” About a third of such respondents are atheists or agnostics who consider their beliefs incompatible with religion. The rest reject affiliation with a religious community for other reasons. Social scientists call this growing group “nones.”

In the 1990s, the percentage of nones measured in the single digits. By 2007, about 16 percent of Americans described themselves as “none-of-the-above.” By 2015, that figure increased to 21 percent, with 7.5 million additional Americans identifying as nones, for a total of about 33 million Americans with no religious affiliation.

Today in the United States, there are about as many people who claim no religion as there are Catholics. Several observers have punned that the nones are outstripping the nuns. In a 2020 survey, a full 27 percent of Jews identified as “nones.”

Although these statistics and terminology may be unfamiliar, the fact that fewer people identify as religious is obvious—especially to people under 40 and those living in the Northeast and on the West coast, population clusters of nones. How often have you heard someone—or yourself—say “I am more spiritual than religious”? Or, “I don’t care about religion. I just want to be a good person—and be happy.”

Such statements indicate that religious leaders and institutions have failed many of our generation. A growing number of people do not believe that religion can support their spirituality, goodness, and happiness. In Western religions, the very notion of what it means to be a good person is grounded in the Bible. Living with purpose and joy are aspirations of every religion. In Judaism, they are mitzvoth—good deeds, commandments, and points of connection. But if people perceive religion as divisive, power-driven, rigid, intolerant, or irrelevant (in short, negative rather than positive), then they will have “none” of it.

Despite doubts about the viability and the value of organized religion, there is surging interest in a variety of behaviors and attitudes that have traditionally been the purview of religion. Mindfulness meditation is practiced in boardrooms and prescribed by physicians. Gratitude, studied by psychologists, is cultivated in journaling practices. Awe is touted for its personal and social benefits. Rituals are recommended as tools to effect change.

Positive psychology research and interventions have focused on topics that religion has explored and created practices for, over many centuries. While some psychologists reference religion and philosophy and even study the well-being of religious people versus the general population, they remain, as Sonja Lyubomirsky writes in The How of Happiness, “hesitant to study spirituality and religion.” Psychologists rarely engage with or build on religious approaches to subjects like forgiveness, community, compassion, joy, intention, character development, and purpose.

As a rabbi, I earned my Certificate in Positive Psychology in 2016 because I believe that religious people can benefit from evidence-based interventions to enrich their practices. Likewise, positive psychologists and others interested in personal growth can draw on centuries of insight, experience, and “spiritual technologies”—whether or not they embrace religion.

Please join me this summer, as I lecture, lead discussions, and provide five-day challenges on how religious texts and ideas can complement the theory and practice of positivity. People of all religions and of no religion are invited! To learn more and receive announcements, share your email here. 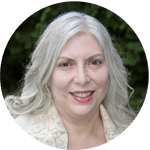 Rabbi Debra Orenstein, CiWPP, brings the meaning and relevance of the Jewish spiritual tradition to diverse audiences. Named by the Jewish Daily Forward as “one of America’s most inspiring rabbis,” she has been a keynote speaker at hundreds of venues, including houses of worship, the Chautauqua Institution, and Christian, Jewish, and interfaith conferences. For 20 years, Rabbi Debra taught at the American Jewish University in Los Angeles. Today, she is an instructor at the Academy for Jewish Religion in New York and the spiritual leader of Congregation B’nai Israel in Emerson, New Jersey. Rabbi Debra is the author of eight books, including the Lifecycles series. The main focus of her justice work is ending slavery and promoting freedom. A seventh-generation rabbi, she is also an alumna of the first entering class at the Jewish Theological Seminary Rabbinical School to include women. Visit RabbiDebra.com to learn more and download resources.