Gratitude for Everyday Moments of Paradise 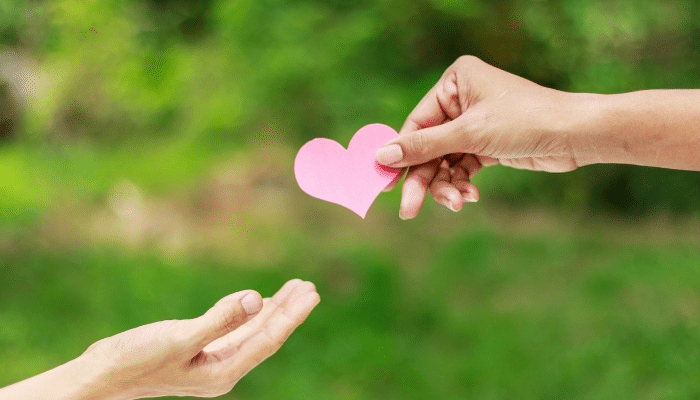 “This water is paradise,” the man said, with a wide smile on his face, when I handed him two bottles of cold water. He was the one who rode on the back of the garbage truck, repeatedly jumping down when the vehicle stopped at each house, lifting and tossing the bags, cans, and all sorts of trash and unwanted goods into the maw of the huge truck. The driver would also help with the pickups when there were huge mounds of trash in front of the homes, but the man riding on the back usually did the bulk of the pickups by himself.

Even though the temperature on that Saturday morning after Thanksgiving was in the mid-70s and there wasn’t much humidity, it was still hot enough for the man to work up a sweat as he labored. His face glistened with it and he looked thirsty.

I had been out of town on the previous pickup day earlier in the week, so I had a week’s worth of accumulated trash—but I had forgotten to put my trashcan at the curb that day because the pickup schedule had changed due to the holiday. When I heard the familiar screech of the brakes out front, I hurried out to see if the truck was at the beginning of the route past my house or at the end and on the way to the next street. I was in luck. I made eye contact with the man as he hopped off the truck to lift a huge pile of trash at the house just past mine.

“Will you pick up my trash on your way back around?” I mouthed. He shook his head and smiled “yes.”

A two-man garbage truck rolls though my Florida neighborhood twice a week. I have developed a habit of giving the men collecting the garbage cold bottles of water when I am at home and have bottled water in the fridge, especially in the hot summer months when the temperature is regularly in the 90s and the humidity is oppressive at 90 percent or higher.

After I hurriedly gathered my trash and rolled the can out to the curb, I could hear the screeching brakes as the truck stopped regularly from one house to the next. It was still at the far end of the street. I realized I had time to go inside and get some water for the men. I could see the truck as it was approaching from its journey around my block. The stops now were longer because there were piles of trash in addition to the cans in front of the houses. I waited by the curb. The sun beat down on me; I started to sweat and get overheated.

The truck was finally back at my house. I handed the man the bottled waters as he jumped off the back to pick up my can and two garbage bags piled beside it. He took the bottles with a smile and as he jumped back on the truck, he said, “This water is paradise.”

In that moment, I realized that what I considered a small act of generosity had had a huge impact on him. His expression of appreciation touched me deeply. It reminded me of so many times in my life when others had done a kindness for me which had made a huge positive difference. Someone opening a door as I exited the grocery store carrying three full bags; someone letting me merge into traffic on a busy thoroughfare; someone giving me a ticket to see a play; someone making homemade soup and sharing it with me; someone listening wholeheartedly as I expressed the pain of loss or the exultation of accomplishment; someone offering me a cool drink of water when I was thirsty.

I was filled with gratitude and the joy that comes in giving. The two of us had made a human connection in our brief exchange. He responded to my need with empathy and caring. I responded to him with the same. It was as if he saw me with my eyes and I saw him with his. We saw the humanity in each other.

I realized then that paradise can exist right here on earth in a single act of kindness, with a single connection between two people, in the most unlikely place, when each person sees the one in front of them as a fellow human being.

What moments of paradise await you? 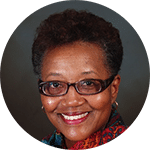 Uneeda Brewer has more than 25 years of experience coaching individuals to improve their personal effectiveness and ability to work well with diverse colleagues, and consulting with teams and organizations to improve outcomes and employee satisfaction. She retired from Johnson and Johnson, where she was responsible for one of the corporation’s global executive education programs. In 2019, her company, Accelerate Coaching and Consulting, LLC, was chosen by New College of Florida to design and deliver a series of workshops on diversity and inclusion for a campus climate initiative. She is a certified practitioner of psychodrama, sociometry, and group psychotherapy and is in the process of completing the requirements to become a trainer and educator in this field. Uneeda is a founding member of the recently organized Action Training for Social Change collective in the Tampa Bay area, which designs and delivers trainings for religious and community groups to help individuals and groups create and support social justice initiatives in their communities. Uneeda is enrolled in the Wholebeing Institute Positive Psychology Coach Certification Program and the Certificate in Wholebeing Positive Psychology, and was trained as an executive and life coach in the Core Essentials Program provided by Coach U, Inc. She holds a B.A. in American studies from Goucher College and an MSW from Clark-Atlanta University School of Social Work in policy, planning, and administration.