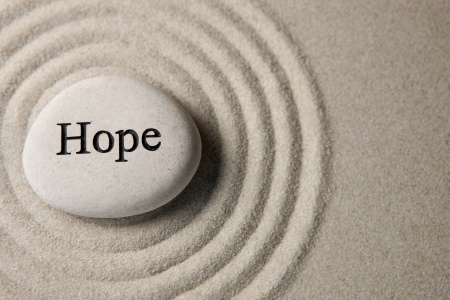 I just missed something big with a coaching client. I was blinded by my laser-focused “career action glasses,” and missed seeing that she lacked a belief in herself and her future.

She was a “good” client: She did all the career exploration activities, sent me what she uncovered, and scheduled another coaching session. The conversation was fine, but felt perfunctory. We weren’t getting to the heart of the matter, but I couldn’t figure out what was missing.

Two days later, she e-mailed to tell me why. In her heartfelt message, she shared that, while she had gained insights during our coaching session, it had left her feeling hopeless, as she had already been spiraling downward in a flurry of comparisons, limitations, and insecurities.

I finally saw what I had failed to see before: My client lacked hope.

Shane Lopez, a researcher and the author of Making Hope Happen, emphasizes that hope equals action plus belief. Belief without action is just empty dreaming; action without belief is just empty planning. According to Lopez, there are four critical elements that differentiate hope from wishful thinking:

All my client could see were obstacles. If I had first focused on building her faith and capacity in a better future, we would have had a very different session.

Why is hope a critical positive psychology concept for career development? Studies conducted by one of the foremost researchers on this topic, Robert Snyder, show that hope fosters pathways to thinking and a sense of urgency. People with high hope are more flexible thinkers, have a greater openness to changing course, and more easily draw upon previous successes and develop attainable goals. “Low-hope” individuals are more rigid and less able to see options for their future.

How could I have cultivated hope in my client’s session?

1. By offering her success stories she could relate to. Right out of the gate, we could have focused on identifying realistic, inspirational stories that she could personally relate to at this stage in her career—stories of other professionals who had successfully navigated similar career transitions. In a study conducted with a group of first-year college students who were caught in a self-defeating cycle, one group of students was shown survey results and videos from upperclassman sharing how they had struggled academically and with fitting in, and how they overcame this to be successful at college. This group ended up having higher grades and lower dropout rates than the control group, who did not view the videos. The students weren’t told about initially successful students but rather about students who had struggled, just like them.

2. By helping her remember her strengths. Next, I could have applied appreciative inquiry to identify times in the past when she lacked belief in her abilities and the future, but eventually prevailed. After discussing the stories, we would then focus on the specific internal strengths, actionable strategies, and external resources she relied on to move from struggle to success. Strength mining serves as fuel for kindling the recognition that “I have the power to make it so.” Research shows that this type of reflection builds cognitive states connected to the internal belief that our life is within our control.

(When using appreciative inquiry, I’ve found that directed mindfulness helps us imprint positive success stories, as we tend to latch onto perceived failure stories much more easily. I ask people to close their eyes to re-experience, on both the physical and emotional levels, specific moments when they drew on inner strengths.)

3. By priming her for positivity. Next, we could mix an element of fun into this deeper understanding of strengths, to build “My future will be better than the present” thinking. Research reveals that people are more apt to shift from old ways of being and seeing themselves and create new possibilities when they’re primed for positivity. Barbara Frederickson’s studies have shown that doing something as simple as watching fun video clips to induce positive emotions, like joy and contentment, promote a more open and action-orientated mindset. Ways I’ve infused more playfulness into career coaching include writing ideas on colorful Post-it notes and putting them up all over the walls of my office; asking questions like, “If, in 25 years, they made a movie about your life, who would you want to play you and why?”; and giving clients “homeplay” assignments to draw pictures about their career journey (past, present, and future) rather than using words. These approaches allow us to engage in more free-flowing conversations that spur creative thinking, often resulting in aha moments.

4. By supporting her in healthy “regoaling.” Shane Lopez explains, “Regoaling is where hope meets courage … Regoaling requires us to let go of some of our dreams to make the best possible future.” Laura King and Joshua Hicks’ research on this topic suggests that narrative writing—looking closely at our lost and found selves—is an effective way to move towards mature happiness.

Publicly admitting how I missed something big with a client has opened me up in new ways as a coach—one who understands how to activate the formula Action + Belief = Hopeful Career Happiness.