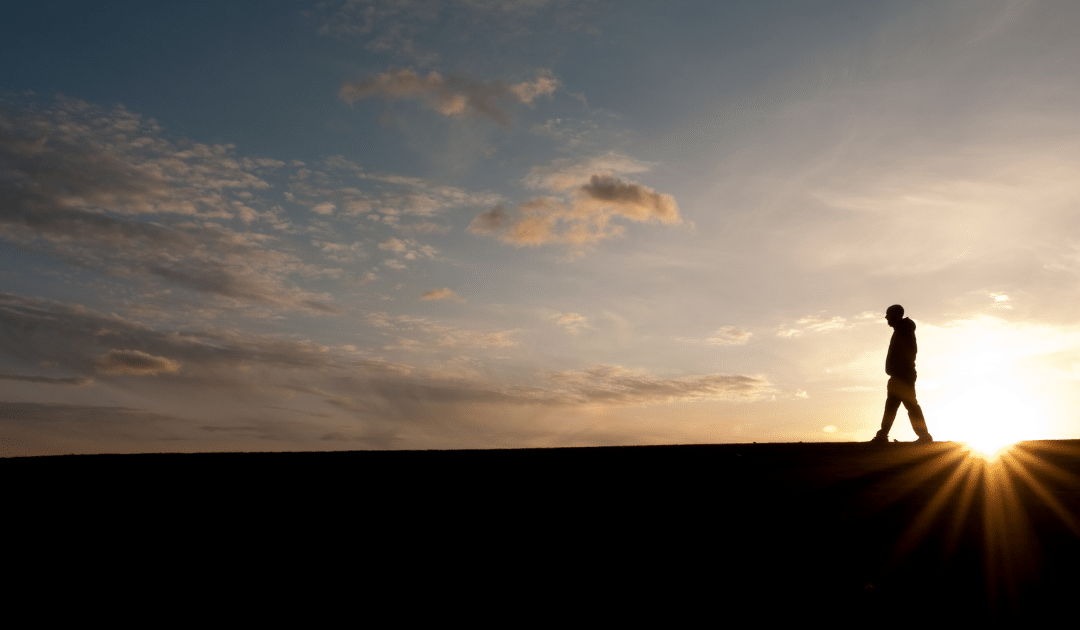 Exile: from the Old French essillier, to banish, expel, drive off, cousin to the Greek alaomai, to wander or stray. Stories abound in the wisdom literature of figures leaving their homes, wandering by choice in order to know a new reality. Siddhartha walking away from the fortress of his royal life; Shams, eventual teacher of the poet Rumi, leaving his family to journey in search of the object of his divine longing; Jesus wrestling forty days and nights in that bloody dessert; Mirabai, rejecting the traditions of her esteemed family to travel the whole of northern India, composing song and poetry, dancing in honor of her beloved, Lord Krishna. So many leavings, to find what is true within, requiring a journey away from that which has been and a shirking of bonds that do not serve.

This choosing of distant places and other peoples is a self-induced exile, an invitation to the self and a preference. But the exile that appears in the territory of loss is not this choosing … it is a forced expulsion from the familiar into a land unbidden and unwanted.

My friend Scotty lost his home and all his belongings to fire. I visited him a few weeks later with odds and ends to fill his new apartment. I asked him about this possible new beginning and I won’t ever forget the look on his face—one of disbelief that I had suggested anything positive about this experience. “I’ve got to start all over again. I’ve lost my photos, my music, clothes … everything. You can’t imagine how dislocated I feel.” Clearly, I couldn’t, and in my naiveté, I had only exacerbated his pain at being dumped into a desert not of his choosing. The walk back to a sense of comfort, of home, would be, for the most part, a solitary walk. We could bring him things; but only he could create home within. That would take longer than the 14 days I had given him.

What to understand then when exile is forced?

In the years after my first divorce, walking the streets of Boston with that scarlet D on my chest, I experienced exile from my peer group. I walked the same streets, worked the same job, bought tea at the same cafes, hung out with the same friends and yet I felt foreign and displaced, as if I had arrived as an immigrant without papers and not quite understanding the language. For months, I felt ill. Sick to my stomach, and also in my heart, as if the organ itself were failing and could not send proper blood flow to keep me going. Walking seemed a difficult task, and running, an act of courage. Nothing worked well.

Here is Brené Brown on this need to fit in, to know one’s place, to belong to another: “A deep sense of love and belonging is an irreducible need of all people. We are biologically, cognitively, physically, and spiritually wired to love, to be loved and to belong. When those needs are not met, we don’t function as we were meant to. We break. We fall apart. We numb. We ache. We hurt others. We get sick.”

When fire consumes the structure of our lives, when outcast from work or love or the familiar we don’t do well and we often feel alone in the not doing well. No one else can truly know our experience. This is the penumbra of exile. In forced solitude we feel banished from a sustaining tie. We long to belong and do not.

Our new home … the one we might uncover if we keep our eyes and our hearts open … exists with those similarly banished.

For months after my brother’s death, the only folk I felt truly connected to or safe with were those who had lost a sibling. With them, I felt a kinship and an “okayness” not present for me anywhere else. One of the first suggestions I would make to parents who have a child living through extended medical treatment is to help them find other children or teens who are also losing hair, or missing a limb or suffering the indignities of scar tissue on a body that had been innocent. With those like-wounded others, children find comradeship and sense of not being quite so “other.”

Elizabeth McCracken, in her work An Exact Replica of a Figment of My Imagination, composed after the stillborn birth of her first child, wrote of finding her people in those she came to meet who were also forced to deliver a child who had died in utero. “All I can say is, it’s a sort of kinship, as though there is a family tree of grief. On this branch, the lost children, on this the suicide parents, there the beloved mentally ill siblings. When something terrible happens, you discover all of a sudden that you have a new set of relatives, people with whom you can speak in the shorthand of cousins.”

It might have been wiser to have shown up to Scotty’s apartment with new towels and the number of one other person whose life had also been torched by fire. They may not have made the same meaning out of the fire, may not have found the exact same way back into the architecture of their lives, but they certainly would have shared a shorthand of experience that would have helped them navigate a path back to wholeness.

This post is excerpted from Maria’s book A Short Course in Happiness After Loss.