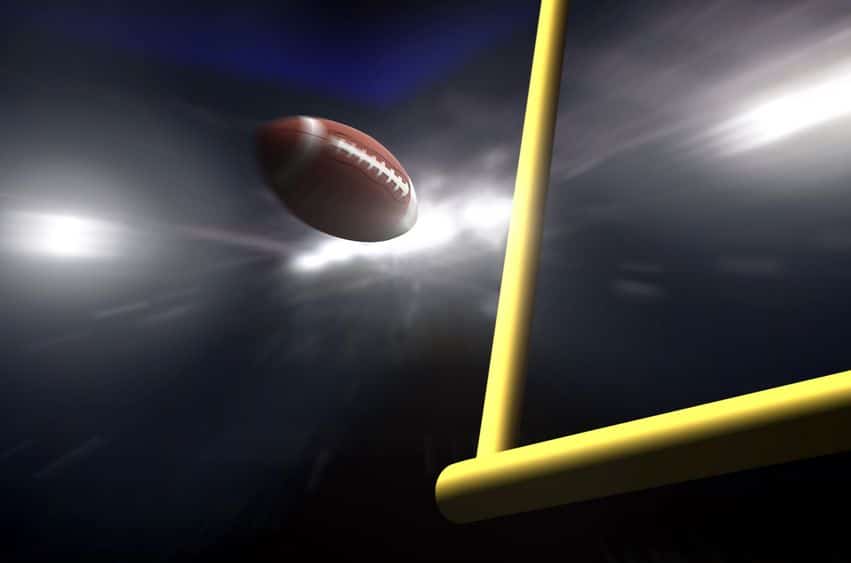 As I was cursing up a storm when the Patriots took the lead in the fourth quarter, my friend was shocked and delighted to hear this “Philly grittiness” come out of my mouth. “I like this side of Denise!” she exclaimed. Along with high emotions, I gleaned a few lessons about life and work from this month’s Super Bowl that hopefully even Patriots fans and Eagles objectors will appreciate!

Lesson 1: Find Your Grit
If the Eagles can win their first Super Bowl, it’s time to finally bust the myth that positive psychology is Happy-ology. The truth is that, when we give ourselves permission to feel all our emotions, we won’t get stuck wallowing on the bench but instead be on the playing field for the long term. Next time someone asks you how your job search or career advancement is going, I dare you to answer, “Pretty crappy” or “I am completely stuck.” Be honest with others and yourself. Curse, scream, cry, or mope if needed, and then dig deep into your store of resilience. All season long, when the Eagles kept losing critical players, including their impressive quarterback, they got grittier. As we saw in the fourth quarter of the game, even though you might be behind a few points sometimes, you could also be just moments away from a defining moment and a Super Bowl–sized win.

Lesson 2: Find Your Fan Base
Christopher Peterson said that positive psychology could be summed up in three words: “Other people matter.” In the words of backup Eagles quarterback Nick Foles, who nearly quit football two years ago, “A big thing that helped me was knowing that I didn’t have to be Superman. I have amazing teammates, amazing coaches around me.” Take the pressure off yourself by identifying and cultivating your fan base—your coaches, colleagues, town (despite Philly’s reputation for rough-around-the-edges fans, they never, ever give up)—because you don’t need to be a superhero to find career happiness.

Lesson 3: Focus on the Yards, Not the Trophy
Foles shares this wisdom, “There is always the outcome, the goal, but I feel like if you put it on a pedestal, you start forgetting to do the little things … today, just staying in this moment, doing everything you can to be successful.” This perfectly describes Mihaly Csikszentmihalyi’s concept of flow, a highly focused mental state in which skill level and challenge are in alignment. Rather than staying laser-focused on the outcome (new career, internal promotion), turn your attention towards process flow. Write out your game plan so that you feel more in control, build a job-search strategy that leverages your strengths (without worrying about the opposing team), and reward first downs rather than ruminating over unrealized touchdowns.

Lesson 4: Believe That You Are Going to Win—and Also Prepare for Obstacles
Throughout the season, the Eagles scouting team built a deep player roster to prepare for injuries; after the game, coach Doug Pederson said, “A lot of people counted us out—but that locker room believed … believed in each other, believed in me. We found a way to get it done.” Research shows that hope—goals, pathways, and agency—not false optimism, results in increased productivity, success, and athletic victory. Identify clear, intrinsic goals, build multiple pathways in the face of obstacles, and have agency, a deep-seated belief in yourself. Find your hope by reviewing “game reels” of past career success and reading performance reviews to recall why you’ve been “drafted” in the past.

Lesson 5: Find Your Philly Special
The coach and quarterback made a bold, fearless call at fourth down and one yard to go for a “Philly Special” trick play that will likely go down as one of the best Super Bowl plays ever. Humans are conditioned to fight for our survival, which can mean being overly cautious. But positive psychology teaches that through intentional shifts—whether micro-changes or macro game-changing calls—we have the power to rewire our perception and actions. Is there a dream employer you’ve been reluctant to call? Conference proposal you are nervous to submit? Business you’re itching to launch? Make an audacious trick play for your own “Career Happiness Special.”

Lesson 6: Bet Big on Yourself
“The Philadelphia Eagles spoke their future into existence,” wrote Washington Post reporter Kimberley A. Martin, referring to the team’s united cry of “World champs!” at the close of their last pre–Super Bowl practice. I typically hedge my bets when talking about my dreams, for fear that, if I loudly declare what I want, I am setting myself up for humiliation when it doesn’t happen. While our ancient hardwiring tries to protect us from embarrassment to avoid being shunned by our tribe, modern research shows that, when we are in a state of positivity, our brains in turn create greater possibility. We are nimbler, less likely to get stuck in old ways of thinking, and we experience more ease. By not betting big on myself, am I actually increasing the likelihood that I won’t achieve my dreams? All season long, despite overwhelming naysayers and underdog status (which the team actually embraced by wearing dog masks), the Eagles raised the ante on themselves and bet big by boldly speaking their future Super Bowl win into reality. What are you waiting for? Bet big on your career happiness!

Denise Riebman is a career development specialist who applies a strength-based, positive psychology framework toward inspiring individuals to find career happiness. She is Director of Career Development and Alumni Services at George Washington University’s Trachtenberg School, and founder of CareerHappinessCoaching.com. Denise holds a Certificate in Positive Psychology and additional certification from Global Career Development Facilitation, Presence-Based Coaching, and The Coaches Institute.