Why Do I Need a Coach? 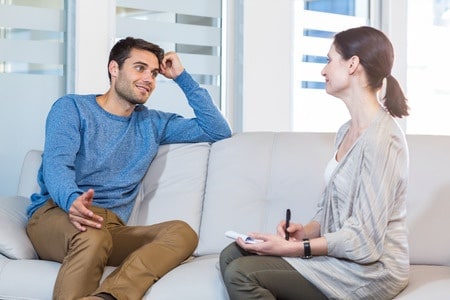 An hour after that, a neighbor came past. He looked into the hole, asked if the man was okay, then shrugged and walked on. A few minutes later, the man’s coach walked past. She looked down, saw her client, and immediately jumped into the hole.

“What’s the use of that?” the man exclaimed. “Now we’re both in the hole!” The coach replied, “Ah, but I have been down this hole before, and I know the way out.”

We are not surprised that individual competitors and sports teams have coaches. Coaches help individuals develop their skills and resilience, and they help teams bond and act as a single unit. We would not expect a professional football team to practice without a coach. In fact, we don’t even expect children who play Little League baseball to practice without a coach, as many a parent will attest.

But in our personal lives and in the workplace, coaching, while gaining ground, is not so common. Now, with so much information available and so many online assessments that tell us our strengths, leadership, emotional intelligence, thinking style, etc., we are even less inclined to pay someone to coach us in what may seem like commonplace, mundane, day-to-day issues.

So why do you need a coach? For one thing, coaches are trained in interpreting and applying these assessment tools. They also offer motivation, accountability, perspective, and neutrality. In an article in Forbes magazine, William Arruda suggests that if you don’t have a coach, you may be limiting your career by missing out on an outside perspective from someone who can help you identify goals, formulate a plan to go after them, and follow that plan. That “outside perspective” is key: In my view, the most important benefit that coaches offer is the ability to see the forest despite the trees.

Have you ever been so immersed in something over a long period of time that you can’t see the change? Steve Jobs said in a keynote address, “You can’t connect the dots looking forward; you can only connect them looking backwards. So you have to trust that the dots will somehow connect in your future.” Incremental movement is not always apparent. A coach will keep their eye on the dots and keep connecting them for you.

For example, about a year into a career transition, I met with my business coach. He had watched during the prior year as I formulated plans, worked on ideas, went back and changed the plans, and generally stumbled through the process of creating a new life for myself. As I described the previous few weeks—what I had accomplished and what I had not accomplished—he listened intently, smiling and nodding. At the end of my review, he said, “Well, you’ve come a long way since we last met.”

I was, quite frankly, astonished. I had actually been on the point of saying that I was not quite sure what I was doing or where I was going, but he got in first with his observation. He played back to me what he had heard me say:

Needless to say, I had not heard those things in what I had told him! After we discussed my progress, he helped me focus on next steps. He asked questions about my plan, challenged the ones that seemed “ill-formed,” and coaxed forth ideas and approaches that I wouldn’t have thought of on my own.

At the end of the session, I felt focused and more optimistic. Out of my confusion had come clarity and a new sense of purpose. I came home and immediately made progress on some important business tasks that I had been putting off.

While not every coach has been in exactly the same place you are now (like the coach who jumped into the hole in the story), chances are they have coached other people who’ve been there. They have seen what works and what doesn’t, and can help you get to where you want to be—and who you want to be—faster than you can get there on your own.

Coaches help us to be laser focused on our goal and to consider our actions in relation to how they move us toward the goal. And they are not afraid to challenge us when they think the goal may have changed and we haven’t noticed, or don’t want to admit it! Even now, as a coach myself, I rely on the coaching of others to help me stay focused and centered. Two heads really are better than one.

Here are a few things to think about when considering a coach:

Where are you going? Who can help you get there?

Ruth Pearce, is Business Unit Director of Conferences and Special Events at Wholebeing Institute, where she is currently working on the 2017 Embodied Positive Psychology Summit. She also runs ALLE LLC (A Lever Long Enough), where she works on ways to integrate project management and positive psychology. With a focus on character strengths, ALLE’s mission is to build a world of engaged teams. Ruth is currently working on a book for project managers, The Project Manager Effect: From Organizing to Energizing. As part of the background for the book, she has been researching the role of the project manager as well as the attitudes that project managers have to team engagement. alle4you.com