Relationships are the Ultimate Currency 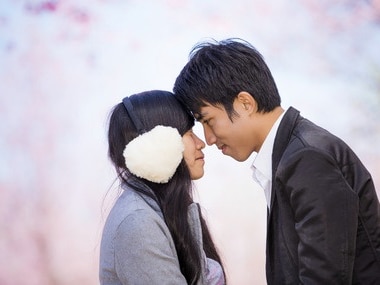 Relationships matter. In the words of Daniel Gilbert,, professor of psychology at Harvard University, “Social relationships are a powerful predictor of happiness—much more so than money. Happy people have extensive social networks and good relationships with the people in those networks.”

Much has been written on relationships and love. It’s probably the most discussed and least understood topic out there. Movies are made, books are written, and research is conducted on love.

Love and relationships lead us to the highest highs. When they are difficult they carry us to the lowest lows.

Research done by Ed Diener and Martin Seligman—two of the giants in positive psychology—compared the top 10 percent of consistently very happy people with average and very unhappy people to understand why they were the happiest.

They discovered one of the most fundamental distinguishing characteristics was good intimate relationships (not necessarily romantic love, but close friends who supported them and people whom they supported). Extremely happy people enjoy close, supportive relationships.

Good relationships are not only supportive of more happiness, but also of health.

In the beginning of his book Outliers, Malcolm Gladwell tells the story of a study done on the village of Roseto in Pennsylvania, where Italian immigrants moved to over 100 years ago. In the 1950s, Stewart Wolfe, a medical doctor from Oklahoma, met the local doctor of Roseto, who tells Wolfe that heart disease is non-existent in those under the age of 65. Wolfe finds this hard to believe because during that time, heart disease was an epidemic. So he investigated further by checking the health records and death certificates of the community. Turns out that what the doctor told him about heart disease was true, and not only that, they also had far fewer chronic diseases that plagued the rest of the USA.

What was going on? The first hypothesis Wolfe formulated is that the lack of heart disease was because of good genes. He starts a research project and considers Roseto people who moved elsewhere, and finds it’s not genes. Wolfe then thinks it must be something else, such as lifestyle factors. Yet, in fact, there is an obesity problem in Roseto—they don’t exercise enough and many of them smoke.

Wolfe probes deeper and further. The differentiating factor turns out to be relationships – close-knit relationships in the community. When they get home from work, they cook together, they eat together, and they hang out on the front porch together. They have a lot of social committees in Roseto and extended family members live together. The emphasis on interpersonal relationships is the only factor that makes the difference in the health outcomes in the community.

Francis Bacon, the British philosopher, said, “Friendship doubles joy and cuts grief in half.” When we are joyful, we become even more joyful, and when we experience grief, it is diminished from good solid relationship support. Good relationships also affect our physical health – the mind and body are connected.

On a global level, when looking at the happiest to less happy countries, researchers were surprised. Why are countries like Denmark, Columbia, Israel, or the Netherlands really high up on the happiness scale? The one common denominator in all the happiest countries in the world is that people feel they have strong social support. In these countries there is an emphasis on relationships. It is a priority.

We all have relationships. The question is: Do we make them a priority or do we favor other things? For example, people whose number one goal is to make money are unhappy – they measured this with the general population and in business schools. There is nothing wrong with making money or wanting to be successful, but there is something wrong when this is done at the expense of the most significant, the most important generator of the ultimate currency: relationships.

Dr. Tal Ben-Shahar, CLO of Wholebeing Institute, taught one of Harvard’s most popular courses on Positive Psychology and is currently teaching at the Interdisciplinary Center in Herzliya, Israel, where he co-founded The Institute for Positive Psychology in Education. An author of five books, including bestsellers like Happier: Learn the Secrets to Daily Joy and Lasting Fulfillment, he consults and lectures around the world, integrating theory and practice, East and West, philosophy and psychology.